Return to this page a few days before the scheduled game when this expired prediction will be updated with our full preview and tips for the next match between these teams.
Full-Time Result Prediction
👉
Paços de Ferreira to Win

Scroll down for all of our predictions, poll and stats for the Paços de Ferreira v Belenenses game (including the best match odds).

Paços de Ferreira haven’t made the most of their chances in more recent games. Their ‘goals for’ figure equals just 4 vs opponents over the course of their last 6 outings. In those meetings, Os Castores have also seen the tally of goals against them come to 12.

Looking at their past form shows that Paços de Ferreira:

Belenenses will go into the clash after a 2-1 Primeira Liga win with the defeat of Gil Vicente in their last game.

Armando Petit's Belenenses have converted a total of 7 times throughout their latest 6 matches. The overall goals that they have conceded during those same clashes adds up to 6.

Looking at the pre-match facts, Belenenses:

A look at their prior head to head clashes going back to 30/04/2017 shows us that Paços de Ferreira have won 3 of these games & Belenenses 1, with the number of drawn matches being 2.

13 goals were shared by the two clubs throughout the course of those matches, with 8 of them from Os Castores and 5 coming from Azuis. The average goals per game has been 2.17.

The last league clash between the two was Primeira Liga match day 13 on 10/01/2021 which ended up with the score at Belenenses 0-2 Paços de Ferreira.

On that day, Belenenses managed 70% possession and 14 shots at goal with 6 on target.

At the other end, Paços de Ferreira got 9 shots at goal with 5 on target. Bruno Costa (12') and Mohamed Lamine Diaby (91') scored.

The match was refereed by João Pinheiro.

Out of a mainly healthy squad, there’s just the lone fitness worry for the Belenenses gaffer Armando Petit to be concerned with. Eduardo Kau (Cruciate Ligament Rupture) misses out for this game.

We’re of the opinion that Belenenses have it in them to break down this Paços de Ferreira side, however that realistically won’t be as many as the goals that they could concede.

We are anticipating a tight encounter finishing with a 2-1 victory for Paços de Ferreira at full-time. Looking forward to this. 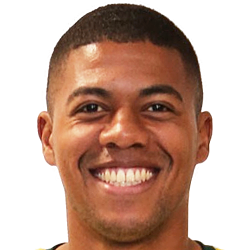 Typically played in the Striker position, Douglas Tanque was born in Santa Cruz do Rio Pardo, Brazil. Having made his senior debut playing for Thespa Kusatsu in the 2015 season, the talented Forward has got 7 league goals in this Primeira Liga 2020 - 2021 campaign so far in 26 appearances.

We have made these Paços de Ferreira v Belenenses predictions for this match preview with the best intentions, but no profits are guaranteed. Please always gamble responsibly, only with money that you can afford to lose. Best of luck.