Birmingham City will be facing away team Preston North End at St. Andrew's Stadium in the Championship fixture on Saturday.

For all of our match predictions, pre-game poll and statistics for Birmingham City v Preston North End, scroll down - plus the latest match odds.

Birmingham City are hoping to win again after their last result, a 1-2 FA Cup victory versus Forest Green Rovers.

For Birmingham City, the scorers were Lukas Jutkiewicz (50') and Kevin Long (65'). Ben Stevenson (8') was the scorer for Forest Green Rovers.

At least three goals per match have been seen in 5 of the last 6 fixtures where Birmingham City have played. Their opponents scored 14 times in this period while Birmingham City totted up 8.

Since a loss in their previous game against Norwich City in Championship action, Preston North End will be aiming to make amends here.

Heading into this fixture, Preston North End remain unbeaten by Birmingham City in away games against them for the last 3 league games.

If we look at their past head to head duels stretching back to 18/07/2020, neither club has come out on top overall with Birmingham City winning 2 of those games, Preston North End 2 and 2 being draws in regulation time.

A total of 9 goals were scored between them during those clashes, with 4 of them for The Blues and 5 belonging to The Lilywhites. The average number of goals per game works out to 1.5.

The last league clash featuring the two was Championship match day 8 on 03/09/2022 when it ended Preston North End 0-1 Birmingham City.

In that match, Preston North End managed 63% possession and 10 attempts on goal with 3 on target.

At the other end, Birmingham City got 8 shots at goal with 3 on target. Maxime Colin (16') was the scorer.

The Birmingham City boss John Eustace does not have any fitness concerns to speak of coming into this clash owing to a completely injury-free group available to select from.

Owing to a completely healthy group available to choose from, the Preston North End boss Ryan Lowe has zero fitness worries at all before this game.

Our thinking is that Preston North End will have their work cut out to register a score against this Birmingham City team who we think will end up scoring and staying ahead.

We’re therefore expecting a good battle with a 1-0 advantage for Birmingham City at the end of this game. 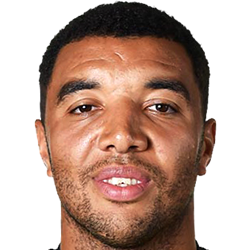 Regularly taking to the field in the Striker position, Troy Deeney was born in Chelmsley, England. Having made his senior debut playing for Walsall in the 2006 - 2007 season, the gifted Forward has netted 6 league goals in this Championship 2022 - 2023 campaign to date coming from a total of 27 appearances.

We have made these Birmingham City v Preston North End predictions for this match preview with the best intentions, but no profits are guaranteed. Please always gamble responsibly, only with money that you can afford to lose. Best of luck with your selections.