Blackpool face off with the visiting Fulham at Bloomfield Road in the Championship fixture on Saturday.

Our tips, poll and stats for Blackpool v Fulham can all be found here (plus the best game odds).

Blackpool will be hoping for a better result after a 2-1 Championship loss in their previous game against Millwall.

In that match, Blackpool managed 31% possession and 10 shots on goal with 3 of them on target. The scorer for Blackpool was Shayne Lavery (56'). On the other side, Millwall got 18 attempts at goal with 7 on target. Jed Wallace (63') and Jake Cooper (90') scored for Millwall.

It has not been often in recent games where Blackpool have managed to hold out for a full 90 minutes. It will be a concern for them that Blackpool have failed to prevent opponents from scoring in 5 of their previous 6 games, leaking 10 goals along the way.

Fulham come into this game following on from a 3-0 Championship win with the downing of Stoke City in their most recent fixture.

A series of resolute displays by the Fulham defenders has seen the number of goals they’ve conceded amounting to 3 from their past 6 fixtures combined. During the same period of time, their own attack force has managed to score 15. It will be interesting to see if that trend will be sustained in this game.

Looking at the pre-match facts, Fulham:

A review of their most recent head to head meetings dating back to 28/08/2010 shows us that Blackpool have won 0 of them and Fulham 3, with the tally of draws being 3.

A combined total of 17 goals were yielded between them during those clashes, with 6 for The Seasiders and 11 netted by The Cottagers. The average goals per game has been 2.83.

The last league game between these clubs was Championship match day 44 on 18/04/2015 which ended up with the score at Blackpool 0-1 Fulham.

That time, Blackpool had 56% possession and 18 attempts at goal with 2 of them on target.

On the other side, Fulham got 7 attempts at goal with 3 of them on target. Matt Smith (8') was the scorer.

The referee was Eddie Ilderton.

The Blackpool manager Neil Critchley has zero fitness concerns to speak of coming into this match thanks to a completely healthy group to pick from. Callum Connolly is ineligible for this match because of suspension.

We’re inclined to think that Blackpool are dangerous enough to breach the defence of this Fulham side, but a single goal probably won’t quite prevent defeat.

We’ve gone for a close game with a 1-2 winning margin for Fulham by the conclusion of the game. Should be an interesting one. 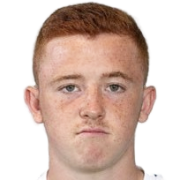 Mostly playing in the Striker position, Shayne Lavery was born in N. Ireland. Having made a first senior appearance for Blackpool in the 2021 - 2022 season, the skilful Forward has contributed 2 league goals in this Championship 2021 - 2022 campaign to date coming from a total of 5 appearances.

While we have made these predictions for Blackpool v Fulham for this match preview with the best of intentions, no profits are guaranteed. Always gamble responsibly, and with what you can afford to lose. Best of luck.