How Did Chelsea FC Get Its Name? 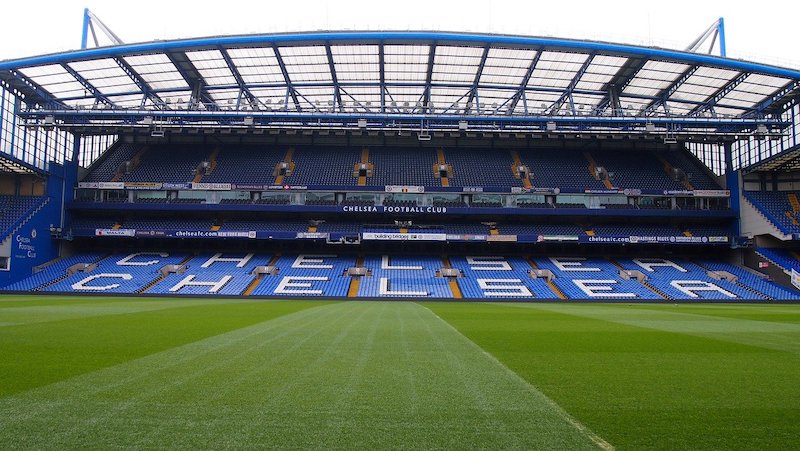 How did Chelsea FC get its name? Nowadays, the name Chelsea is instantly recognisable for football fans all over the world, with the club being one of England and Europe’s biggest clubs - but they could well have been known by a different name.

The name Chelsea was chosen for the newly formed club in 1905 as there was already a team playing in Fulham using that name. As a result, club officials took the name of the adjacent borough of Chelsea for their new team.

This name was chosen from a shortlist that included several other options after it was decided a new club would be founded to play at Stamford Bridge.

The choosing of the name Chelsea Football Club

After purchasing the ground Stamford Bridge in Fulham from the London Athletic Club in 1904, Gus Mears failed in his attempts to lease the stadium to Fulham Football Club, who were playing at the nearby Craven Cottage.

As a result, Mears made the decision to form his own football club to play at The Bridge. The name Fulham could not be used due to Fulham already being in existence and, thus, a number of names were put forward for the new side, including Kensington FC, Stamford Bridge FC and London FC.

Ultimately, Mears chose to take the name of the adjacent London Borough of Chelsea, leading to the formation of Chelsea Football Club in 1905.

No shortage of club nicknames

As well as a range of potential team names to choose from prior to Chelsea’s formation, the club has also gone by a number of nicknames during their 115-year history.

Following their birth, the club was colloquially known as The Pensioners due to their link with the nearby Chelsea Hospital, which housed British war veterans. These retired members of the British Army were known as the Chelsea Pensioners, thus explaining the nickname.

In addition to carrying the nickname, a “Chelsea Pensioner” also appeared on the club’s first badge from 1905 until 1952. Chelsea carried this nickname for half a century until the 1950s.

It was around this time that coach and former player Ted Drake voiced his objections to the use of the name ‘The Pensioners’. Having admitted his embarrassment on national television, it was Drake who ultimately brought about a change in the club’s nickname.

From the 1950s onwards, Chelsea have been referred to as The Blues instead. This nickname comes from the fact that the club’s colours have always been predominantly blue.

The link to Fulham Football Club

Having been formed as a result of Fulham’s refusal to rent Stamford Bridge due to the rental fee proposed by Gus Mears, Chelsea have had an interesting relationship with Fulham throughout their history.

Due to their close proximity to one another, the two clubs are considered by most football supporters to be local rivals. Despite this, they are not considered to be the fiercest rivals, unlike Chelsea fans’ view of fellow London clubs Queens Park Rangers, Arsenal, or Tottenham Hotspur.

This is put down to the fact that matches between Chelsea and Fulham have only taken place intermittently down the years due to the contrasting fortunes of the two sides. Had they both regularly competed in the same division, the rivalry may have taken on added hostility as it started doing during Fulham’s time in the Premier League during the 2000s and early 2010s.

Unlike Chelsea’s fiercest rivals such as Leeds United and Tottenham Hotspur, it is not uncommon for friendly matches to take place between the two clubs - or for The Blues to loan players out to Fulham on a temporary basis.