What Is Newcastle United’s Song? 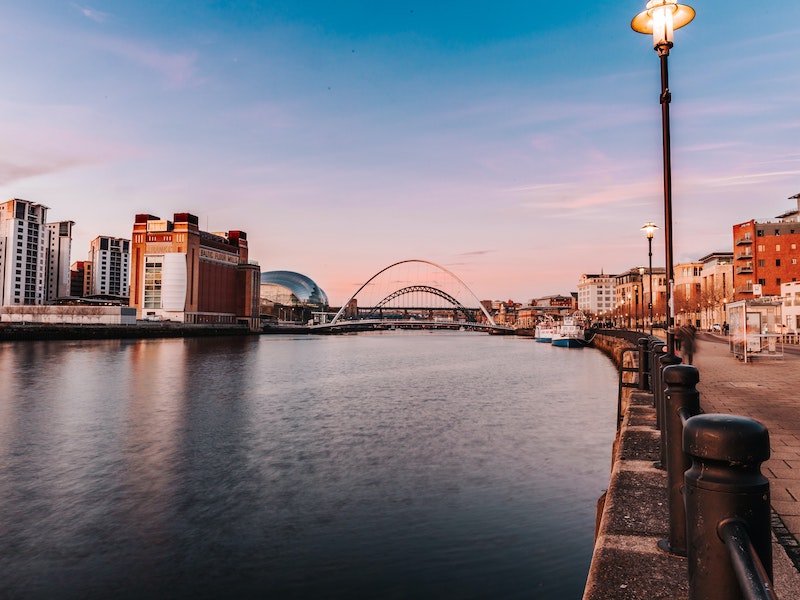 The Newcastle United fan base is seen as one of the most loyal and passionate groups of supporters in England, helped by being the only club in the city.

Newcastle United’s club anthem is ‘Going Home’ by Mark Knopfler. The tune is played before every home match and is also used by a number of other British clubs.

The club also regularly plays ‘Home Newcastle'. By season ticket holder Ronnie Lambert, whilst a number of popular fan chants can be heard from the terraces at every home match.

In addition, the Newcastle supporters have produced a number of their own impressive chants that ring around the terraces on matchday.

The club’s pre-match anthem ‘Going Home’ originally appeared on the soundtrack for the 1983 film Local Hero and was the movie’s official theme tune.

Featuring music and lyrics by Mark, Local Hero the musical comes to the Lyceum Theatre Edinburgh in March. For more info, head to https://t.co/CEoE2YUvjr pic.twitter.com/6lmsb5t9l3

The song, and most of the soundtrack, was written and produced by Newcastle fan Mark Knopfler. The track is played before every Newcastle United home game and is also played ahead of Scottish side Aberdeen’s home matches.

A number of clubs have adopted it as a post-match song, including Burton Albion and Tranmere Rovers. Knopfler re-recorded a special edition of ‘Going Home’ for the 2014 Great North Run.

The Toon Army anthem ‘Home Newcastle’ was written by season ticket holder Ronnie Lambert during the 1970s. The busker found fame with the song as it went on to sell tens of thousands of copies during the 1980s.

‘Home Newcastle’ tells the story of Lambert’s return to the city after a period away working in London and is played regularly at home matches to this day.

Lambert continued to be known for writing songs about his beloved football club and in 1996 he penned the track ‘Shearer’s Back’.  It was to mark England striker and Newcastle-born Alan Shearer returning to the city after signing from Blackburn Rovers.

Sadly, Lambert passed away unexpectedly back in 2009.

Like most fans in England, the Newcastle United supporters have produced a series of witty and inspiring chants which they sing from the terraces to inspire their team during matches.

Like most, a lot of these take a jab at their fierce rivals; In this case Sunderland. However, on the whole, a wide spectrum of subjects are covered by the Geordies’ chants.

The simple but effective chant of ‘Toon, Toon, Black and White Army’ is a staple of the St. James’ Park stands and can be heard ringing around the ground at every home match.

One of the most commonly used chants that takes aim at the Magpies’ rivals is ‘Any O’Brien’. The song takes its inspiration from two goals scored against Sunderland by players called O’Brien.

Originating from Newcastle’s 2003 away fixture at Inter Milan’s San Siro in the UEFA Champions League, where 15,000 Magpies fans saw Alan Shearer’s brace rescue a 2-2 draw. The song simply implies that Newcastle United are a bigger club as Sunderland have never played in Milan.

Italian full-back Davide Santon endeared himself to the St. James’ Park faithful after joining from Inter in 2011, stating that he had “never seen a Mackem in Milan”.

Another regular target of the Newcastle supporters' chants is controversial owner Mike Ashley. The businessman has been much maligned by the fan base during his 13-year tenure as the club’s owner, a period which has seen two relegations from the Premier League and a season in Europe.

Probably the least offensive of these chants is the song, ‘We don’t care about Ashley’.