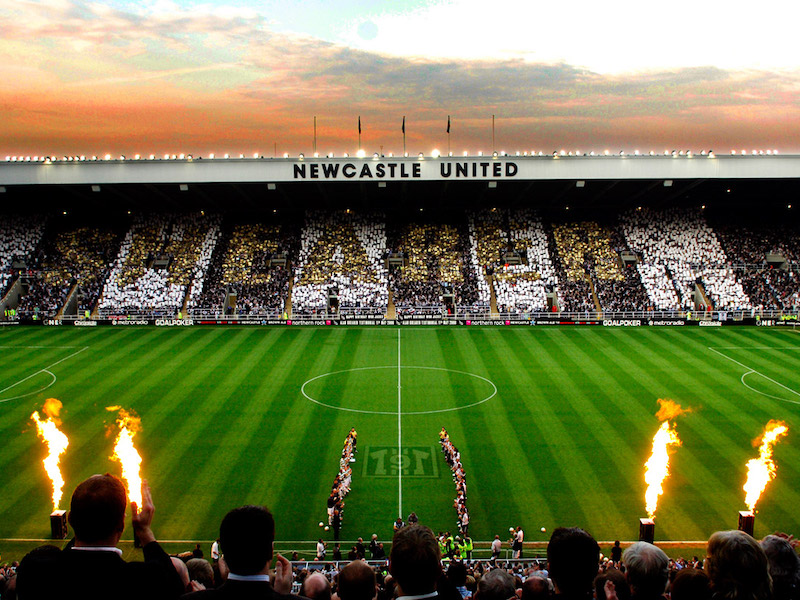 Sponsorships have long been an integral part of football. Certain brands are willing to pay hundreds of millions of pounds in order to have their logo emblazoned on clubs’ shirts.

Contracts typically last between three and five years and are often changed. In recent years sponsors have not just been on the front of club’s shirts; They have been introduced onto the back and now the sleeves.

Premier League sponsorships are where huge amounts of money are tied into contracts, but who sponsors Newcastle United?

At the time of writing, the Magpies’ current sponsor is ‘FUN88’, a gambling company based in Asia. The company offers sports betting, live casinos, slots, and keno games, all of which are available in multiple languages.

FUN88 became the club’s principal partner in 2017 and signed a three-year contract with the northeast giants.

Sponsors are a divisive topic among football fans. Prior to the 2019/20 English football league season, PaddyPower presented a campaign to remove sponsors from the front of clubs’ shirts.

The betting company actually sponsored teams such as Huddersfield Town and Southend United.  However, they completely removed any branding from their home, away, and third kits.

On the other hand, many argue that a sponsor gives a shirt a sense of nostalgia. For example, a sponsorship may coincide with a particularly successful period of a club’s history, therefore being remembered fondly by the supporters.

Prior to the 2000/01 Premier League season, the Magpies had only alcoholic beverage providers as their main sponsor.

Despite having Greenall’s as their main sponsor for seven years, and McEwan’s for three, perhaps Newcastle United’s most iconic shirt sponsor was Newcastle Brown Ale.

The logo of the north-east based firm was striking, to say the least, due to its large size and detailed emblem. Newcastle United had their company on the front of their shirt for a combined 11 seasons.

Two of 'The Entertainers' will be in opposing dugouts when #NUFC meet @Wolves in the @PLYouth PL2 tonight - and it's live on NUFC TV! pic.twitter.com/O0e3sHojnU

This included the era of Kevin Keegan’s ‘Entertainers’ where the club came inches from lifting the Premier League title.

Throughout the 1990s many Premier League football clubs were inclined to use local companies and businesses as their sponsors. As a result, it increased the relationships with the fans as it prompted a sense of belonging.

As previously mentioned, FUN88 began sponsoring Newcastle United during the 2017/18 Premier League season. The season prior to this, Rafa Benitez had guided the club back to the top-flight by winning the Championship title on the final day of the 2016/17 season.

It was a season of relative success under the former Champions League winner as they recorded a 10th place finish.

Despite looking likely to drop into a relegation battle throughout Christmas, the Magpies picked up memorable victories over Manchester United and Arsenal, while also beating relegation candidates Southampton and Huddersfield Town to prevent any threats of relegation.

The following season proved to be Benitez’s last at the club, as they finished in 13th position. Disputes off the field between the Spaniard and owner Mike Ashley reached boiling point at the end of the campaign.

This ultimately led to Benitez not signing a new contract at the club.

Since then, Steve Bruce has managed to steady the ship somewhat as the club’s latest head coach. The former Sunderland manager wasn’t exactly met with cheers when the club announced his appointment.

That said, he has proved some doubters wrong by maintaining the Magpies’ Premier League status. Across Bruce’s first season in charge, the club finished in 13th position once again.

Under the stewardship of the former Manchester United defender, Newcastle recorded impressive victories against his former club as well as Tottenham Hotspur and Chelsea.