Why Did Real Madrid Sell Hakimi? 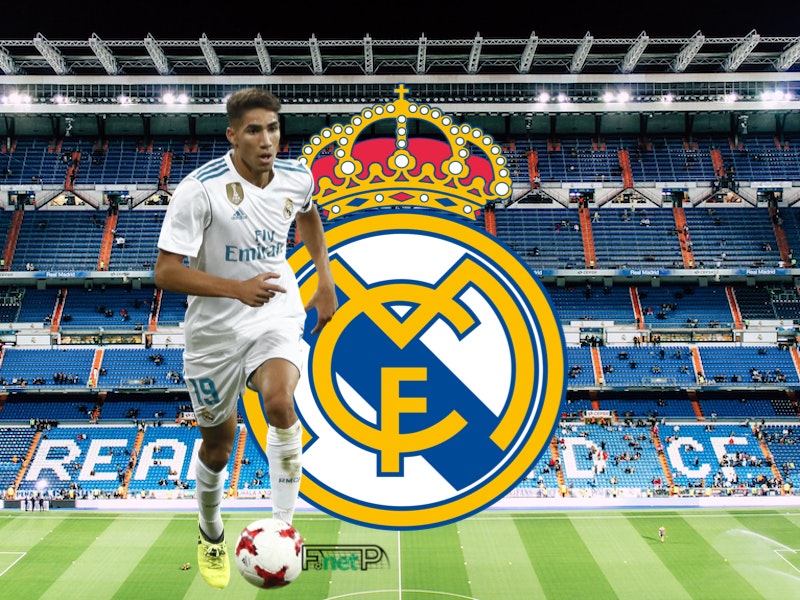 Following a successful two-year loan spell at Borussia Dortmund, Achraf Hakimi found himself as one of European football’s hottest properties. The promising full-back played an integral part in Julien Favre’s side finishing runners up in the 2019/20 Bundesliga.

Despite his seemingly bright future, his parent club Real Madrid decided to sell him to Inter Milan in the summer transfer window. Here, we look at what prompted his exit.

There were a number of factors as to why they sold Hakimi to Antonio Conte’s Inter, with his departure likely being down to playing time expectations.

It’s no secret that Los Blancos have a talent-laden squad filled with world-class players in each position. As a result, Real boss Zinedine Zidane couldn’t offer the Morocco international his desired game time.

Achraf Hakimi has agreed to sign for Inter Milan.

Hakimi left the Spanish capital with nine appearances for the first team under his belt and two goals to his name. During the 2019/20 Bundesliga campaign, he made 33 appearances while registering 10 assists and scoring five goals.

Throughout Real Madrid’s European revival, during which they won four UEFA Champions League trophies, a big contributing factor was the consistent performances by Dani Carvajal at right-back.

The Spain international has been a staple of the Los Blanco’s defence alongside compatriot Sergio Ramos and is almost the first name on Zidane’s teamsheet.

Carvajal has since entered his prime years in football and doesn’t look to be handing over his place in the starting XI any time soon. However, when the day finally comes for him to be replaced, Los Blancos have seemingly put their faith into Alvaro Odriozola to take his place.

While gaining valuable experience in European football at Dortmund, Hakimi became a highly useful asset at right-wing back. However, when returning to the Spanish capital, Zidane opts to deploy traditional full-backs in a back four.

An argument was put forward that Hakimi wouldn’t be able to provide defensive stability in that position when returning for Real. Despite this, there is no evidence to support this claim and is not believed to be a reason as to why he left the club.

In Antonio Conte, Inter Milan have one of the most renowned and accomplished managers in world football at the helm. The Italian has won numerous trophies, including the Premier League and FA Cup with Chelsea and multiple Scudettos with Juventus.

The former Italy manager has a serious pulling power when the club tries to fend off interest from other clubs in players they wish to sign, and the situation with Hakimi was no different.

It is believed that Hakimi snubbed Manchester United and Bayern Munich to join the 2010 Champions League winners.

The Inter head coach issued a promise of consistent first-team football to the Morocco international, while also being utilised as a right-wing back in Conte’s customary 3-4-3 formation.

€40million Transfer Alongside A Lucrative Contract

It has been widely reported that Inter parted with €40million Euros to secure the services of Hakimi. Alongside this, the personal financial package Hakimi will receive was a substantial factor in the defender moving to Italy.

Inter handed Hakimi a five-year contract worth up to €5million, which shows the faith they have in him becoming a world-class talent for the club.

A Rumoured Falling Out With Zinedine Zidane

Hakimi’s agent, Martin Camano, has hinted that the former Los Blancos midfielder and the current head coach was the catalyst for the defender’s move to Inter.

Speaking to Al Mountakhab, he kept his cards close to his chest by saying: “Zidane is the reason for Hakimi’s transfer to Inter Milan. He must explain why Hakimi moved.”