Why Do Everton Wear Blue? 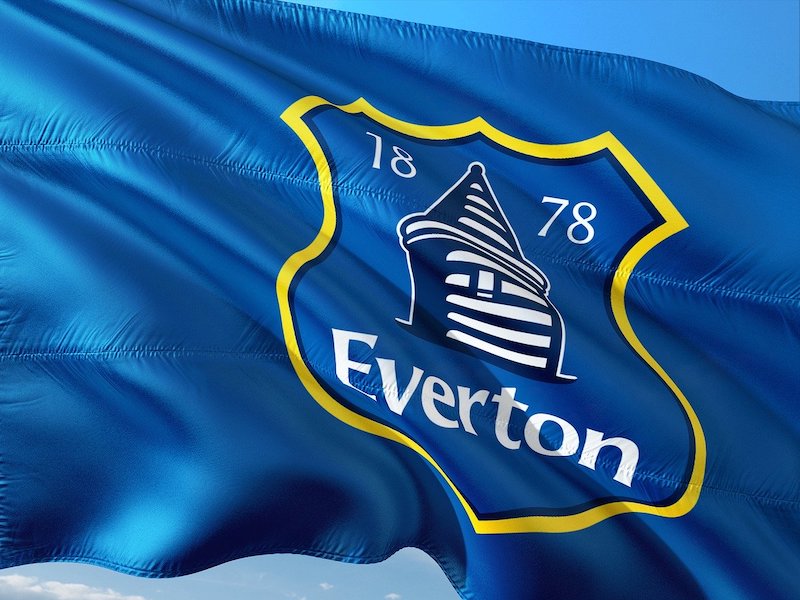 As one of the Premier League’s ever-present clubs, Everton are known for playing in their famous colours of royal blue shirts, white socks and blue socks.

The Toffees wear royal blue shirts because fans protested against a new light blue kit that was introduced at Goodison Park in 1906. The supporter backlash saw the club revert back to their now world-renowned royal blue colours.

Except for a couple of lighter shades of blue being worn in the past, Everton have worn royal blue as their home strip ever since.

The first home kit worn by Everton back in 1878 featured a blue and white striped shirt with white shorts and black socks.

This remained the club’s kit for two seasons until 1880. An all-black kit followed, with a red sash added later due to fears the kit was too morbid.

Come 1892, when The Toffees moved to Goodison Park, the home kit consisted of salmon pink shirts, blue shorts and blue socks. These colours were maintained until the start of the 1901/02 season when Everton wore royal blue shirts for the first time in their history.

Except for the controversial light blue strip worn in 1906, Everton have only had a home kit that is a colour other than royal blue twice since.

They played in light blue again during the 1929/30 season, before wearing a lighter than normal shade of blue during the 1997/98 campaign. Royal blue shirts, white shorts and royal blue socks once again make up the kit for the upcoming 2020/21 season.

Far less continuity with the Everton away colours

The Toffees wore changed colours for the first time in November 1890, as they ran out in a navy blue strip with a thick white line down the centre for an away trip to Notts County. A one-off away kit was worn once more a month later against Wolverhampton Wanderers as Everton played in yellow and navy stripes.

The club’s first permanent away kit was introduced ahead of the 1892/93 season - featuring a royal blue shirt. A series of white and black away kits were worn between 1902 and 1948, with a variety of different designs.

The first Everton third kit was released in 1952 and the yellow and black strip was worn by The Toffees for a total of seven seasons.

The club’s away and third kits alternated between both white and yellow shirts until 1983 when an all grey strip was worn for the first time.

Several different colours have featured in Everton’s away and third kits during the last two decades, including pink, light blue, black, purple and dark green.

For the upcoming 2020/21 campaign, The Toffees will wear a yellow away kit with blue shorts and yellow socks. The third kit features turquoise shirts and socks with grey shorts.

Blue is the colour in the Premier League this season

Everton is one of many clubs who will run out in a darker shade of blue this season, at least when compared to Manchester City’s light blue colours.

Chelsea and Leicester will both wear all blue kits, whilst Crystal Palace will play in their traditional blue and red stripes. South coast side Brighton and Hove Albion have released a kit that includes a fully blue shirt with white trim, differing from their usual blue and white striped shirt.

In previous years, several sides who play in royal blue have featured in the Premier League. This includes the likes of Birmingham City, Cardiff City, Ipswich Town and Portsmouth.