Why Does The Newcastle United Badge Have Seahorses? 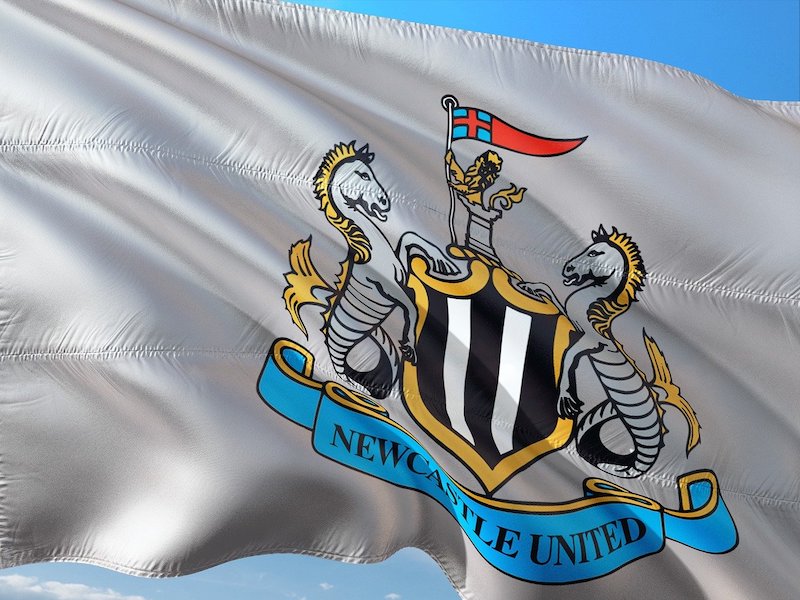 Newcastle United’s presence has been a fairly constant feature in the Premier League era. The Magpies have only dropped down into the Championship twice following their promotion to the reformed league in 1994.

Newcastle’s badge is immediately recognisable across the country and throughout Europe, but why does their emblem include seahorses?

Newcastle United’s badge includes seahorses as a symbol of the City’s seafaring heritage. The emblem also includes a castle, to symbolise the city’s Norman era, as well as a Lion with St George’s cross to represent St George.

The club’s badge has become iconic, adorning the team’s black and white home strip which has been worn by players such as Kevin Keegan, Alan Shearer, Shola Ameobi and Shay Given.

Much like many other clubs in Britain, Newcastle’s has been constantly updated and redesigned due to the zeitgeist of football at the time. There have also been special edition badges to signify particular landmarks in the club’s history - such as anniversaries.

The Magpies’ first-ever shirts were emblazoned with the Newcastle city’s coat of arms as early as 1911. However, it wasn’t until 1969 where the emblem became the official logo of the club.

Originating in the fourteenth century and formally recognised in 1954, Newcastle upon Tyne’s Coat of Arms is a depiction of the city’s history – with its Norman-era castle and two seahorses (added in 1575) to signify seafaring heritage.

A demi-lion sits upon the city’s historic castle keep on the crest section. That said lion is also holding the cross of St George- England’s patron saint. The Coat of Arms also features the city’s Latin motto, Fortiter Defendit Triumphans – ‘Triumphing by Brave Defence’ – adopted following a brave and stubborn resistance against the Scots in 1644.

A Magpie Features For The First Time

Castle Keep features prominently on the club’s first team specific badge in 1976. The illustration of Castle Keep was to symbolise the building that towers over the city to this day.

A Magpie (an ode to the club’s nickname) stands in the foreground above the river-tyne. A black outer ring completes the badge with the words ‘Newcastle United Football Club’ within it.

Despite the short shelf life of only five years, Toon fans still remember their next badge fondly as it has become a cult classic.

Circular in shape and with bold simplicity, it contained only the letters ‘NUFC’, with the solitary magpie retaining a presence in the opening of the upturned ‘C’.

Newcastle’s most current badge is potentially their most iconic due to the ‘Entertainers’ donning it under Kevin Keegan.  It heralded the return of the overall shape and several elements from the city’s Coat of Arms, namely the supporting seahorses, castle, demi-lion, and an amended pennon.

Both seahorses are holding a shield, which has been modified to reflect the distinct colours of Newcastle United. Black and White verticle stripes feature across the gold shield, which makes the badge easily identifiable across the world.

In recent years, a tonal black or white crest has been used, giving the club's kit and branding a simple, modern feel.

Across the 2017/18 Premier League season, the Magpies celebrated their 125th anniversary. Many clubs in England mark an anniversary in a similar way by temporarily altering the badge for the season.

Newcastle did this by adding highlights of silver throughout the badge and adding a tasteful “125 Years” underneath the crest.

Across the entirety of the campaign the badge featured on all of Newcastle’s kits; home, away and third. The Magpies performed well throughout the season and finished 10th under the guidance of Rafa Benitez.