The Premier Division fixture at Turners Cross Stadium on Sunday will see home team Cork City ready themselves for the challenge from opponents Bohemian FC.

View all of the Cork City v Bohemian FC predictions, poll and stats below - as well as up-to-date odds.

Cork City will be hoping to bounce back here following a 1-0 Premier Division defeat last time out to St. Patrick's Athletic.

It has been a rare occasion in recent times where Cork City have managed to hold out for a full 90 minutes. In fact, The Rebel Army have been scored against in 5 of their previous 6 games, letting in 14 goals on the way. Such a trend might not be sustained into this match, however.

Bohemian FC will go into the game following a 2-0 Premier Division win against Shelbourne in their last fixture.

For 5 of the previous 6 games involving Bohemian FC, a comparatively low number of goals have been hit between them and opposing teams. The overall average goals scored per game in that period comes to a meagre 2, with the average goals for The Bohs standing at 1.33.

Looking at their most recent head-to-head clashes going back to 08/10/2018 shows us that Cork City have won 3 of these games & Bohemian FC 2, with the tally of drawn results being 1.

A combined total of 9 goals were scored between them in this period, with 5 for The Rebel Army and 4 being from The Bohs. The average goals per game has been 1.5.

The previous league meeting between these clubs was Premier Division match day 33 on 04/10/2019 and the score finished Bohemian FC 1-0 Cork City.

The match was refereed by Robert Harvey.

Cork City manager Neale Fenn doesn’t have any fitness worries at all before this match with a fully injury-free squad ready to go.

Owing to a fully healthy squad to choose from, Bohemian FC manager Keith Long has no fitness concerns at all coming into this game.

We believe that Cork City have the firepower to put one past this Bohemian FC team, however a single goal possibly won’t be as many as they’ll concede.

We are therefore anticipating a close game with a 1-2 victory for Bohemian FC by the conclusion of the game. 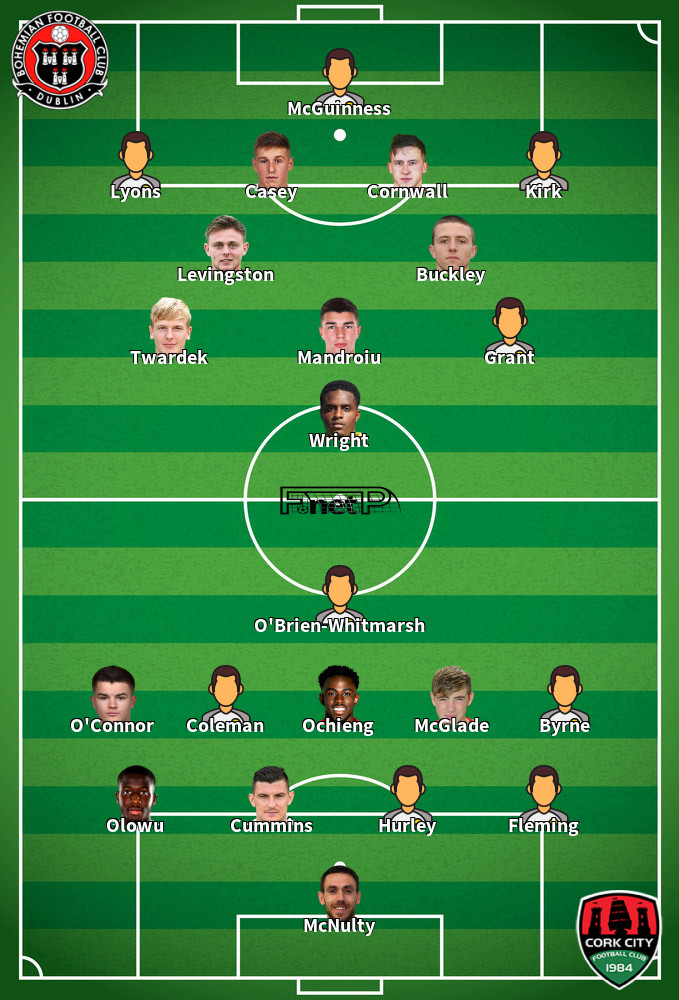 While we have made these predictions for Cork City v Bohemian FC for this match preview with the best of intentions, no profits are guaranteed. Always gamble responsibly, and with what you can afford to lose.