Bolton Wanderers will arrive at The Valley on Saturday for the League One game with hosts Charlton Athletic.

View all of the Charlton Athletic v Bolton Wanderers predictions, poll and stats below - along with the latest match odds.

Charlton Athletic will be looking for a repeat result of a 2-0 League One success against Barnsley.

For Charlton Athletic, the goals were scored by Tyreece Campbell (19') and Jesurun Rak-Sakyi (61').

Bolton Wanderers come into this meeting after a 1-0 League One win with the eclipse of Forest Green Rovers in their last game.

The only scorer from Bolton Wanderers was Dion Charles (6').

A succession of accomplished performances by the Bolton Wanderers defensive unit has seen the number of goals they’ve conceded standing at 2 from their previous 6 fixtures in total. Over that same period, the number of goals that they have scored themselves amounts to 9. That trend might not be continued into this match, however.

Ahead of this clash, Bolton Wanderers haven't been beaten by Charlton Athletic in games played away from home for the previous 3 league games.

Looking over their past head to head clashes dating back to 19/04/2016 shows that Charlton Athletic have won 1 of these games & Bolton Wanderers 3, with the number of drawn games being 2.

A combined sum of 17 goals were yielded between them during those clashes, with 6 of them from The Addicks and 11 coming from The Trotters. This gives an average number of goals per game equal to 2.83.

The previous league meeting between these clubs was League One match day 7 on 03/09/2022 when the final score was Bolton Wanderers 3-1 Charlton Athletic.

There aren’t many personnel worries, with just the sole fitness concern for the Charlton Athletic manager Dean Holden to be concerned about thanks to an otherwise robust set of players. Joe Wollacott (Fractured Finger) is sidelined.

Thanks to a fully injury-free squad available to choose from, the Bolton Wanderers manager Ian Evatt doesn’t have any fitness worries to report before this game.

We’ve got the feeling that Bolton Wanderers and Charlton Athletic should play out a closely-fought contest here.

It appears that a draw might be on the cards. That’s why our selection here is for a 1-1 score draw when the referee blows the full-time whistle. 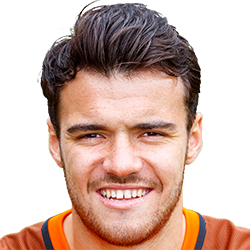 Normally deployed in the Centre Midfield position, Scott Fraser was born in Dundee, Scotland. After having played his first senior match for Dundee United in the 2013 - 2014 season, the accomplished Midfielder has managed to score 5 league goals in the League One 2022 - 2023 campaign to date from a total of 24 appearances.

We have made these Charlton Athletic v Bolton Wanderers predictions for this match preview with the best intentions, but no profits are guaranteed. Please always gamble responsibly, only with money that you can afford to lose. Good luck!