The National League match at Meadow Park on Saturday will see home side Boreham Wood take to the field against opponents Maidenhead United.

Our full set of predictions, statistics and match poll for Boreham Wood v Maidenhead United can be seen below including the latest game odds.

Boreham Wood prepare for this match after a 1-1 National League drawn game against Altrincham.

The only player to score from Boreham Wood was Jamal Fyfield (57'). Josh Hancock (76') scored for Altrincham.

Their most recent results shine a light on the fact that quality has been evident in the Boreham Wood backline. Boreham Wood have kept it tight, seeing the number of goals that have gone in at their end during their past 6 clashes standing at 3. Regardless, time will tell whether the trend shall be replicated here in this match.

Following on from a loss in their previous game against Dagenham & Redbridge in National League competition, Maidenhead United will be hoping to turn things around here.

Inspecting their prior head to head clashes stretching back to 13/10/2018 shows us that Boreham Wood have won 4 of them & Maidenhead United 2, with the number of drawn games being 0.

A total of 15 goals were produced between them in these games, with 8 from The Wood and 7 netted by The Magpies. The average goals per game has been 2.5.

The last league meeting between these clubs was National League match day 46 on 29/05/2021 which ended up with the score at Boreham Wood 1-4 Maidenhead United.

The Boreham Wood boss Luke Garrard has no fitness worries at all before this clash owing to a fully injury-free squad ready to go.

With a fully injury-free group available to choose from, the Maidenhead United boss Alan Devonshire doesn’t have any fitness concerns to speak of coming into this match.

We’re inclined to think that Boreham Wood can and should be able to create a decent number of chances and shots on target.

At the other end, Maidenhead United may well find it hard to make a breakthrough but we do think that it’s more than likely that they will be managing to get on the scoresheet, too.

We reckon that it will be a 3-1 margin for Boreham Wood when all’s said and done. 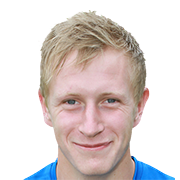 Mostly taking up the Striker position, Scott Boden was born in England. Having made his senior debut playing for IFK Mariehamn in the 2008 season, the goalscoring Forward has bagged 5 league goals in the National League 2021 - 2022 campaign to date in a total of 15 appearances.

We have made these Boreham Wood v Maidenhead United predictions for this match preview with the best intentions, but no profits are guaranteed. Please always gamble responsibly, only with money that you can afford to lose. Best of luck.