Brighton journey to Turf Moor on Sunday for the Premier League showdown with hosts Burnley.

Our Burnley v Brighton tips, poll and stats can be seen in full below - plus the latest match odds.

Burnley fans will want a repeat of their previous result, being a 0-2 Premier League success versus Norwich City.

Fewer than three goals per match were recorded in 6 of the last 6 fixtures where Burnley have taken part. With regard to the goal weighting from this period, opposition teams scored an aggregate of 3 while The Clarets got themselves 7.

In their previous fixture, Brighton drew 0-0 in the Premier League match with Newcastle United.

In that match, Brighton & Hove Albion had 62% possession and 11 shots on goal with 3 of them on target. At the other end, Newcastle United had 12 attempts at goal with 1 on target.

It is worth noting that Brighton have suffered from a lack of goals over their previous 6 clashes, netting the unsatisfactory return of only 3. In those fixtures, The Seagulls have also seen the collective goal aggregate of opposing teams equal 12. We will find out whether or not that trend will end up being continued on in this game.

Looking over their past head-to-head clashes stretching back to 02/04/2016 tells us that Burnley have won 2 of these and Brighton 0, with the number of draws standing at 4.

A combined sum of 11 goals were shared by the two clubs in these games, with 7 of them from The Clarets and 4 coming from The Seagulls. This gives an average number of goals per game equal to 1.83.

Burnley manager Sean Dyche has zero fitness concerns at all ahead of this match thanks to a completely injury-free squad available for selection.

It looks as if The Clarets will possibly make use of the 4-4-2 system for this one with Nick Pope, Erik Pieters, James Tarkowski, Kevin Long, Phillip Bardsley, Dwight McNeil, Josh Brownhill, Ashley R. Westwood, Johann Berg Gudmundsson, Chris Wood and Jay Rodriguez.

Owing to a fully healthy squad available to select from, Brighton boss Graham Potter does not have any fitness worries to speak of coming into this match.

We believe that Brighton have the capability to put a goal past this Burnley lineup, however that isn’t expected to be as many as the goals that they could concede.

We are anticipating a very close game with a 2-1 victory for Burnley at full-time. Looking forward to this.

Both Teams to Score Prediction for Burnley vs Brighton
Yes 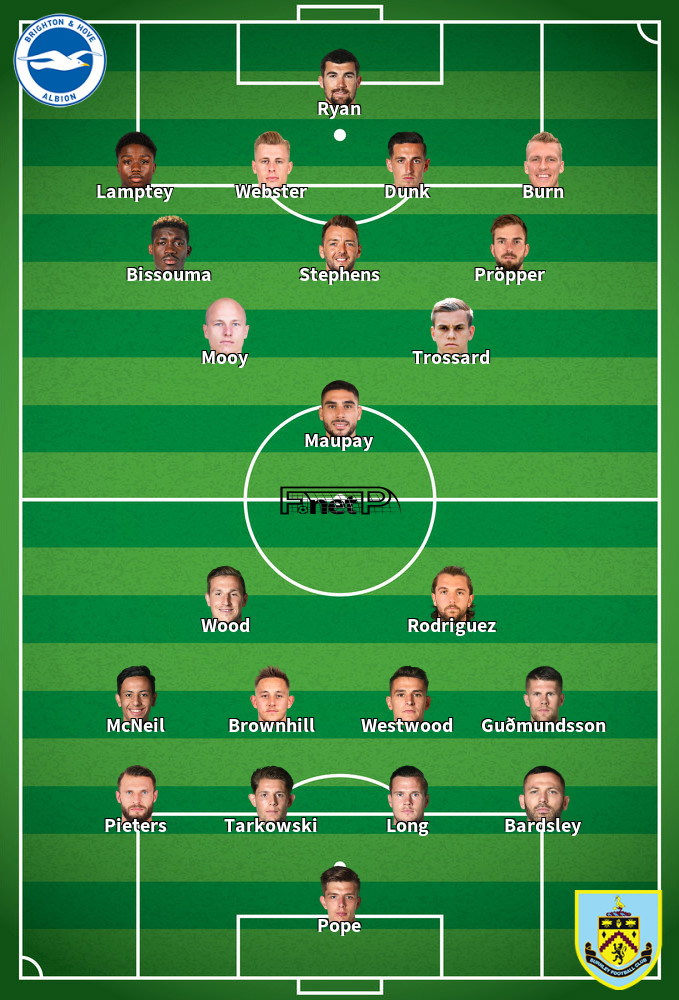 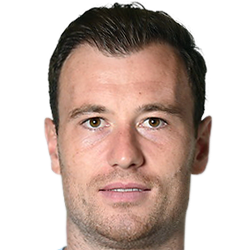 Typically playing in the Striker position, Ashley Barnes was born in Bath, England. Having made a first senior appearance for Oxford United in the 2007 - 2008 season, the goalscoring Forward has managed to score 6 league goals in the Premier League 2019 - 2020 season so far in a total of 19 appearances.

While we have made these predictions for Burnley v Brighton for this match preview with the best of intentions, no profits are guaranteed. Always gamble responsibly, and with what you can afford to lose. Good luck with your selections.