The National League match at Racecourse Stadium on Saturday sees home team Wrexham up against Bromley.

Scroll down for all of our predictions, poll and stats for the Wrexham v Bromley game - plus the latest betting odds.

Wrexham, who won their previous game, will hope for a similar result following the 1-2 National League success over Halifax.

Fixtures featuring Wrexham have usually been exciting ones recently with high scoring being a common characteristic. Over their past six games, the sum of 23 goals have been scored for both teams combined (at an average of 3.83 goals per game) with 16 of those coming from Wrexham. Previous results aside, we will just have to wait and see whether such a trend shall be replicated here in this game.

Since being defeated in their last game at the hands of Yeovil Town in National League competition, Bromley will be hoping to turn things around here.

The only name on the scoresheet from Bromley was Michael Cheek (44'). Tom Knowles (18') and Charlie Wakefield (45') scored for Yeovil Town.

Andy Woodman's Bromley have fired home 8 times in the course of their most recent 6 matches. The overall goals that have been scored against them during those same matches adds up to 6.

Ahead of this clash, Bromley haven't been defeated in their previous 6 league matches away from home.

Checking on their past head to head clashes going back to 25/08/2018 shows that Wrexham have won 3 of these & Bromley 1, with the tally of draws being 2.

A total of 14 goals were shared by the two clubs in this period, with 9 of them for The Dragons and 5 created by The Ravens. That’s an average goals per game figure of 2.33.

The previous league clash between these sides was National League match day 34 on 27/03/2021 which finished with the scoreline of Wrexham 3-0 Bromley.

The match was refereed by Martin Woods.

The Wrexham boss Phil Parkinson will be thankful to have no fitness concerns at all before this clash thanks to a fully injury-free group available to select from.

With a fully injury-free group available to choose from, the Bromley manager Andy Woodman doesn’t have any fitness concerns to speak of before this game.

In this game, Wrexham can and should be able to create a good number of chances & successful shots on target.

Therefore, we are anticipating a fairly comfortable 3-1 victory for Wrexham after 90 minutes. 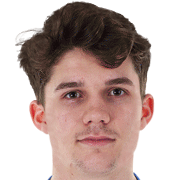 Mostly taking up the Left Attacking Midfielder position, Jordan Davies was born in Coedpoeth, Wales. After having played his first senior match for Wrexham in the 2021 - 2022 season, the accomplished Midfielder has hit 4 league goals in the National League 2021 - 2022 campaign so far from a total of 12 appearances.

We have made these Wrexham v Bromley predictions for this match preview with the best intentions, but no profits are guaranteed. Please always gamble responsibly, only with money that you can afford to lose. Best of luck with your selections.