Luton Town arrive at Turf Moor on Saturday for the Championship fixture with home team Burnley.

All of our predictions, stats and the user poll for Burnley v Luton Town are shown below - as well as up-to-date odds.

Burnley will want to continue from where they left off last time out with a 0-1 Championship victory against Huddersfield Town.

It has been seldom in recent games where Burnley have managed to hold out for a full 90 minutes. The facts show that Burnley have seen their defence breached in 5 of their previous 6 games, giving up 8 goals during that time. That aside, it remains to be seen if the trend might be replicated in this upcoming match.

Going into this game, the form guide shows that Burnley:

Last time out, Luton Town drew 0-0 in the Championship match with Birmingham City.

It is worth noting that Luton Town have suffered from a shortage of goals in their past six encounters, netting the poor return of just 3. In those matches, The Hatters have also seen the collective goal tally against them equal 10.

A look at their previous results shows us that Luton Town:

Looking at the statistics for their head to head duels going back to 06/11/1999, neither club has come out on top overall with Burnley winning 2 of those games, Luton Town 2 and 2 being drawn after 90 minutes of play.

A sum of 14 goals were yielded between them in this period, with 7 from The Clarets and 7 belonging to The Hatters. The average number of goals per game works out to 2.33.

Thanks to a mainly healthy squad, there is only a single fitness problem for the Luton Town boss Nathan Jones to be concerned with. James Shea (Knee Injury) won’t be playing here.

We’re thinking that Burnley will most probably stay in control for long periods of time and should be able to convert a few of the chances that they create.

However, Luton Town are also probably going to find it difficult getting goals although we do think it’s probable that they will be being dangerous for periods.

We’re therefore expecting to see a decent 3-1 winning margin for Burnley when the full-time whistle blows. 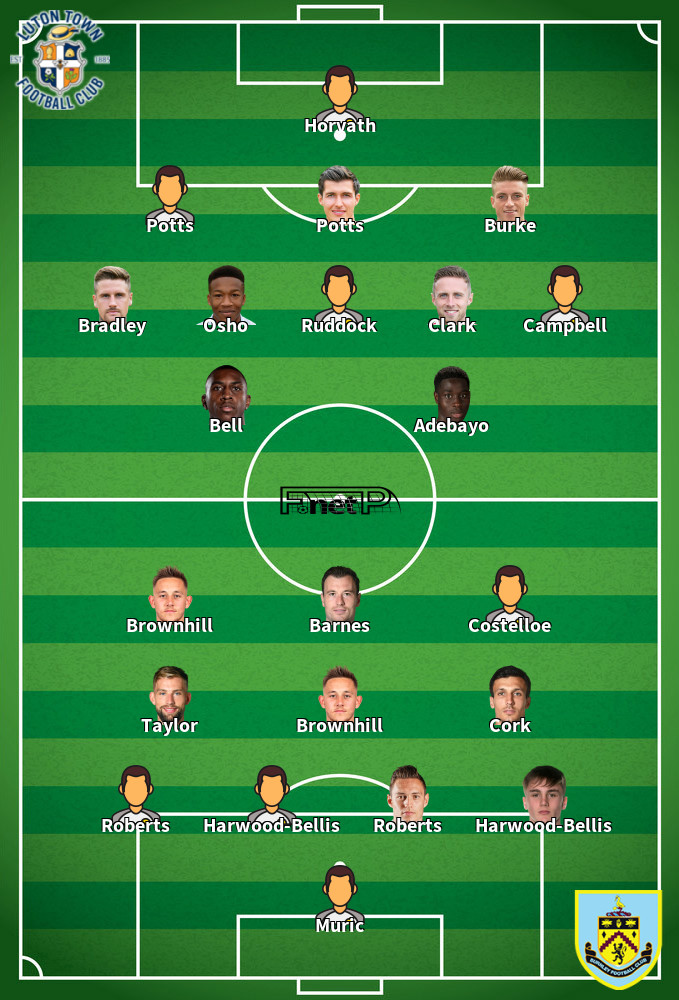 While we have made these predictions for Burnley v Luton Town for this match preview with the best of intentions, no profits are guaranteed. Always gamble responsibly, and with what you can afford to lose. Good luck!