Full predictions, pre-match stats and user poll for Newcastle United v Cambridge United are shown on this page - along with the latest match odds.

Newcastle United will play in this match following on from a 1-1 Premier League drawn result versus Manchester United.

In their last fixture, Cambridge United drew 0-0 in the League One tie with Portsmouth.

The trend of at least one team not managing to score in games involving Cambridge United has become apparent in recent matches. Examining their last six games shows that it has occurred 5 times. During these clashes, opposing sides have managed a goal tally of 5 and Cambridge United have scored 8. Such a pattern isn’t assured to follow through here, however.

With a completely healthy group available to choose from, the Cambridge United boss Mark Bonner doesn’t have any fitness concerns to speak of coming into this clash.

For this match, we think that Newcastle United have it within them to score more than once against Cambridge United, who could well find it tough to score themselves.

Therefore, we are anticipating a 2-0 margin for Newcastle United when the full-time whistle blows. 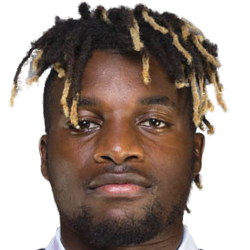 Normally playing in the Left Attacking Midfielder position, Allan Saint-Maximin was born in Châtenay-Malabry, France. After having made a senior debut playing for St Etienne in the 2013 - 2014 season, the dangerous Midfielder has accumulated 4 league goals in this Premier League 2021 - 2022 season so far from a total of 19 appearances.

While we have made these predictions for Newcastle United v Cambridge United for this match preview with the best of intentions, no profits are guaranteed. Always gamble responsibly, and with what you can afford to lose. Good luck if you do place a bet today.