The Premiership meeting at Stangmore Park on Friday will see home side Dungannon Swifts prepare for the visit of Carrick Rangers.

All Dungannon Swifts v Carrick Rangers game predictions, stats and user poll are shown below (including the best match odds).

Dungannon Swifts will be hoping for a better result following a 0-2 Premiership defeat last time out to Crusaders.

A common theme in more recent Dungannon Swifts games is the number of nil scores.

From their prior six clashes leading up to this one, in 5 of them a wager on BTTS would've been a losing one. It will be interesting to see whether or not that trend will end up being continued on in this game.

Since suffering a loss in their previous game against Cliftonville in Premiership action, Carrick Rangers will be hoping to turn things around here.

The forward players for Carrick Rangers have struggled for goals over their last six games, recording the unsatisfactory return of only 2. In those matches, The Gers have also seen the overall goal aggregate of opposing teams equal 12.

Looking at the statistics for their head to head meetings stretching back to 28/09/2019, there has been little between the sides with Dungannon Swifts winning 2 of those games, Carrick Rangers 2 and 2 being drawn in normal time.

In all, 11 goals were produced between them in this period, with 5 of them for The Swifts and 6 created by The Gers. That’s an average goals per game figure of 1.83.

The last league meeting between these sides was Premiership match day 32 on 16/04/2021 which ended up with the score at Carrick Rangers 1-1 Dungannon Swifts.

The referee was Steven Gregg.

Dungannon Swifts boss Dean Shiels has a full complement, with no fitness concerns at all ahead of this clash with a fully injury-free squad ready to go.

Owing to a fully healthy group ready to go, Carrick Rangers manager Niall Currie has no fitness worries to speak of coming into this match.

It’s looking like Carrick Rangers and Dungannon Swifts should end up playing out a closely-fought contest here.

While there should be goals at both ends, it’s too close to call. We’re therefore seeing a high-scoring affair with a 2-2 score draw when the full-time whistle blows. 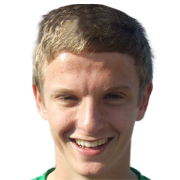 Typically taking to the field in the Central Defensive Midfielder position, Dougie Wilson was born in N. Ireland. Having played his first senior match for Grimsby Town in the 2012 - 2013 season, the accomplished Midfielder has struck 4 league goals in this Premiership 2020 - 2021 campaign so far in a total of 14 appearances.

While we have made these predictions for Dungannon Swifts v Carrick Rangers for this match preview with the best of intentions, no profits are guaranteed. Always gamble responsibly, and with what you can afford to lose. Best of luck with your selections.