Going into this game, the form guide shows that İstanbul Başakşehir:

Coming into this clash, Çaykur Rizespor have not won against İstanbul Başakşehir in their previous 6 league games. 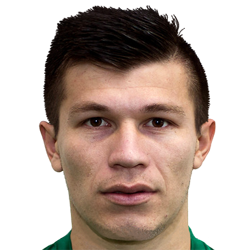 Mostly played in the Striker position, Braian Samudio was born in Ciudad del Este, Paraguay. Having made a first senior appearance for Çaykur Rizespor in the 2018 - 2019 season, the skilful Forward has contributed 3 league goals in this Süper Lig 2019 - 2020 season so far in 20 appearances.

We have made these Çaykur Rizespor v İstanbul Başakşehir predictions for this match preview with the best intentions, but no profits are guaranteed. Please always gamble responsibly, only with money that you can afford to lose. Good luck if you do place a bet today.