The wait is almost over for the Final Series action happening on Saturday when Central Coast Mariners play Macarthur FC.

View all of the Central Coast Mariners v Macarthur FC predictions, poll and stats below - as well as up-to-date odds.

Central Coast Mariners fans will want a repeat of their previous result, being the 2-0 A-League success over Western United.

A recurring trait of more recent Central Coast Mariners games is the number of results with a nil in them.

From their previous sextet of clashes leading up to this one, in as many as 5 of them a wager on both teams scoring would have been a losing one.

Following on from being defeated in their last game at the hands of Wellington Phoenix in A-League competition, Macarthur FC will be hoping to turn things around here.

The last league fixture between these sides was A-League match day 23 on 27/05/2021 when it finished Macarthur FC 1-2 Central Coast Mariners.

That day, Macarthur FC managed 56% possession and 11 shots on goal with 4 of them on target. The scorer was Markel Susaeta (17').

For their opponents, Central Coast Mariners got 13 shots on goal with 6 on target. Jack Clisby (31') and Daniel De Silva (55') scored.

Central Coast Mariners manager Alen Stajčić does not have any fitness worries to speak of ahead of this clash with a completely healthy squad available for selection.

With a fully healthy group ready to go, Macarthur FC manager Ante Miličić has no fitness concerns at all coming into this clash.

Our assessment is that Macarthur FC should be able to put one past this Central Coast Mariners lineup, however that is unlikely to be enough to avoid defeat.

We’re predicting a very close game with a 2-1 advantage for Central Coast Mariners at full-time. We are expecting it to be pretty even. 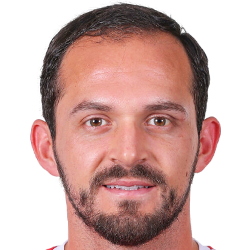 Mostly taking up the Striker position, Marco Ureña was born in San José, Costa Rica. After making a first senior appearance for Alajuelense in the 2007 - 2008 season, the gifted Forward has got 5 league goals in the A-League 2020 - 2021 campaign to date from a total of 21 appearances.

While we have made these predictions for Central Coast Mariners v Macarthur FC for this match preview with the best of intentions, no profits are guaranteed. Always gamble responsibly, and with what you can afford to lose. Good luck!