Central Coast Mariners won’t want a repeat of their last result here after a 2-1 A-League losing effort in their last game against Wellington Phoenix.

Going into this game, the form guide shows that Central Coast Mariners:

Going into this one, Western Sydney Wanderers are without an away win for the past 5 league matches.

Looking at their most recent head-to-head clashes stretching back to 27/07/2020 shows us that Central Coast Mariners have won 2 of them and Western Sydney Wanderers 1, with the number of drawn games standing at 3.

A sum of 16 goals were shared by the two clubs during those clashes, with 10 of them from Mariners and 6 netted by The Wanderers. That’s an average goals per game of 2.67.

That day, Western Sydney Wanderers had 52% possession and 7 attempts on goal with 0 on target.

There aren’t many selection issues, with just a single fitness concern for the Central Coast Mariners boss Nick Montgomery to be concerned with from a near full-strength group. Matheus Moresche (Cruciate Ligament Rupture) won’t play.

Owing to an otherwise full-strength group, there’s only the lone fitness problem for the Western Sydney Wanderers gaffer Mark Rudan to be concerned about. Rhys Williams (Hamstring Injury) won’t be playing here.

In our opinion, Western Sydney Wanderers will really need to work well to be putting a goal past this Central Coast Mariners outfit who we reckon should be able to get on the scoresheet themselves in a winning performance.

We therefore fancy a very competitive encounter with a 1-0 winning score for Central Coast Mariners at the conclusion of the game. 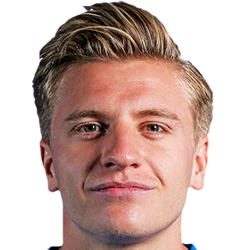 Customarily used in the Striker position, Jason Cummings was born in Edinburgh, Scotland. After having made a senior debut playing for Hibernian in the 2013 - 2014 season, the dangerous Forward has accumulated 7 league goals in this A-League 2022 - 2023 season so far coming from a total of 12 appearances.

We have made these Central Coast Mariners v Western Sydney Wanderers predictions for this match preview with the best intentions, but no profits are guaranteed. Please always gamble responsibly, only with money that you can afford to lose. Good luck if you do place a bet today.