Return to this page a few days before the scheduled game when this expired prediction will be updated with our full preview and tips for the next match between these teams.
Full-Time Result Prediction
👉
Valenciennes FC to Win

Valenciennes FC are going up against visiting opponents Chambly Oise at Stade du Hainaut in this Ligue 2 tie on Saturday.

All of our predictions, stats and the user poll for Valenciennes FC v Chambly Oise are shown below (plus the best game odds).

Valenciennes FC will be looking to improve on their last outing here after a 3-0 Ligue 2 loss in their previous game against AC Ajaccio.

Three or more goals per game were seen in 5 of the last 6 meetings where Valenciennes FC have participated. Their opponents scored 16 times in this period whereas Les Athéniens managed a tally of 3. Putting that to one side, it remains to be seen whether such a trend shall continue on here in this match.

Coming into this clash, Valenciennes FC are unbeaten in their previous 3 home league matches.

In their last fixture, Chambly Oise drew 2-2 in the Ligue 2 match with Rodez.

The stats don’t lie, and Chambly Oise have been scored against in 6 of their last 6 matches, letting opponents get 12 goals in total. In defence, Chambly have been far from perfect.

Ahead of this clash, Chambly Oise have not won away from home in their last 6 league matches.

Valenciennes FC boss Olivier Guégan will be thankful to have no fitness worries to speak of before this match with a fully healthy squad available for selection.

Due to a fully injury-free squad available for selection, Chambly Oise manager Bruno Luzi has no fitness worries whatsoever before this clash.

When taking everything into account, Chambly Oise might need a bit of good fortune to score goals against this Valenciennes FC outfit who we think should manage to score & go ahead.

Our tip is therefore for a good battle with a 1-0 winning score for Valenciennes FC at the end of this one. 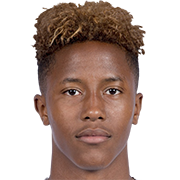 Normally taking to the field in the Left Wing position, Kévin Cabral was born in Paris, France. After making a first senior appearance for Valenciennes FC in the 2018 - 2019 season, the accomplished Forward has bagged 7 league goals in the Ligue 2 2020 - 2021 season to date in 29 appearances.

We have made these Valenciennes FC v Chambly Oise predictions for this match preview with the best intentions, but no profits are guaranteed. Please always gamble responsibly, only with money that you can afford to lose. We wish you the best of luck.