Palmeiras make the trip to Arena Condá on Saturday for the Serie A tie with home team Chapecoense.

Our predictions, user poll and statistics for Chapecoense v Palmeiras can be found here - plus the latest match odds.

Chapecoense, buoyed by their previous result, will be hoping for more of the same after the 1-2 Serie A success vs Red Bull Bragantino.

It’s been seldom in recent games where Chapecoense have kept a clean sheet. The reality is that Chapecoense have failed to prevent opponents from scoring in 5 of their previous 6 matches, leaking 7 goals on the way.

Taking a look at their past results, Chapecoense:

After being defeated in their last game at the hands of Flamengo in Serie A action, Palmeiras will be hoping to turn things around here.

The numbers tell their own story, and Palmeiras have been scored against in 5 of their last 6 matches, seeing opposing sides hit 9 goals in all. Defensively, Palmeiras could really do with shoring things up. That kind of trend might not be continued into this next game, of course.

Inspecting their past head-to-head clashes stretching back to 20/08/2017 shows that Chapecoense have won 1 of these and Palmeiras 4, with the number of drawn results being 1.

A total of 13 goals were scored between them during those clashes, with 5 for Verdão and 8 for Verdão. The average goals per game has been 2.17.

The last league encounter between these clubs was Serie A match day 2 on 06/06/2021 when it ended Palmeiras 3-1 Chapecoense.

At the other end, Chapecoense had 6 attempts at goal with 4 on target. Busanello (55') was the scorer.

The referee was Léo Simão Holanda.

Owing to a completely healthy squad to pick from, the Palmeiras boss Abel Ferreira doesn’t have any fitness worries at all coming into this match.

Looking at these two teams, we feel that Chapecoense will need to apply a lot of pressure to score against this Palmeiras team who we think should end up scoring and staying ahead.

Therefore, we predict a hard-fought 0-1 winning margin for Palmeiras at full-time. 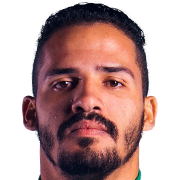 Normally playing in the Striker position, Anselmo Ramón was born in Camaçari, Brazil. After having made a senior debut playing for Avaí in the 2010 season, the goalscoring Forward has scored a sum of 4 league goals in the Série A 2021 campaign to date coming from a total of 19 appearances.

While we have made these predictions for Chapecoense v Palmeiras for this match preview with the best of intentions, no profits are guaranteed. Always gamble responsibly, and with what you can afford to lose. Good luck!