Charleroi line up against visiting side Oostende at Stade du Pays de Charleroi in the First Division A game on Saturday.

Our Charleroi v Oostende predictions, statistics and match poll can be seen below - as well as the best betting odds.

Charleroi will be hoping for a better result following the 1-0 First Division A loss in their previous game against Union Saint-Gilloise.

At least three goals per game were recorded in 5 of the past 6 fixtures where Charleroi have taken part. Opposing sides scored 10 of them in this period while Charleroi bagged a total of 12.

Oostende will go into this match after a 2-1 First Division A win with the defeat of KV Mechelen in their previous fixture.

In that game, Oostende managed 32% possession and 9 shots on goal with 7 on target. The only player on the scoresheet for Oostende was David Atanga (17', 43'). Mechelen had 19 attempts at goal with 7 of them on target. Thibault Peyre (75') scored for KV Mechelen.

The stats don’t lie, and Oostende have been scored against in 5 of their last 6 matches, seeing opposing sides hit 9 goals in total. In defence, Oostende have seen their frailties exposed. Nonetheless, time will tell whether that trend might be replicated in this next match.

Going into this contest, Oostende haven't won against Charleroi in games played away from home for the previous 8 league games. A really bad run.

Looking at their most recent head-to-head meetings stretching back to 29/10/2019 tells us that Charleroi have won 5 of these & Oostende 1, with the tally of drawn results standing at 0.

An aggregate of 16 goals were produced between them during those clashes, with 13 from Les Zèbres and 3 created by De Kustboys. The average goals per game has been 2.67.

The previous league game featuring these sides was First Division A match day 18 on 10/12/2021 which finished with the scoreline of Charleroi 1-0 Oostende.

In that game, Charleroi managed 52% possession and 11 attempts on goal with 6 of them on target. The scorer was Loïc Bessilé (80').

For their opponents, Oostende had 18 attempts on goal with 3 on target.

The match was refereed by Bert Put.

Oostende boss Yves Vanderhaeghe has to choose from a squad that has some fitness concerns. Maxime D'Arpino (Meniscal Injury), Jordy Schelfhout (Unknown Injury) and Brecht Capon (Calf Injury) will miss out on this game. Alessandro Albanese is ineligible for this match because of suspension.

In this match, Charleroi will most probably create enough chances to score more than one when they meet Oostende, who could well find it tough finding the net themselves.

We’re therefore anticipating a controlled 2-0 margin for Charleroi at the end of the 90 minutes. 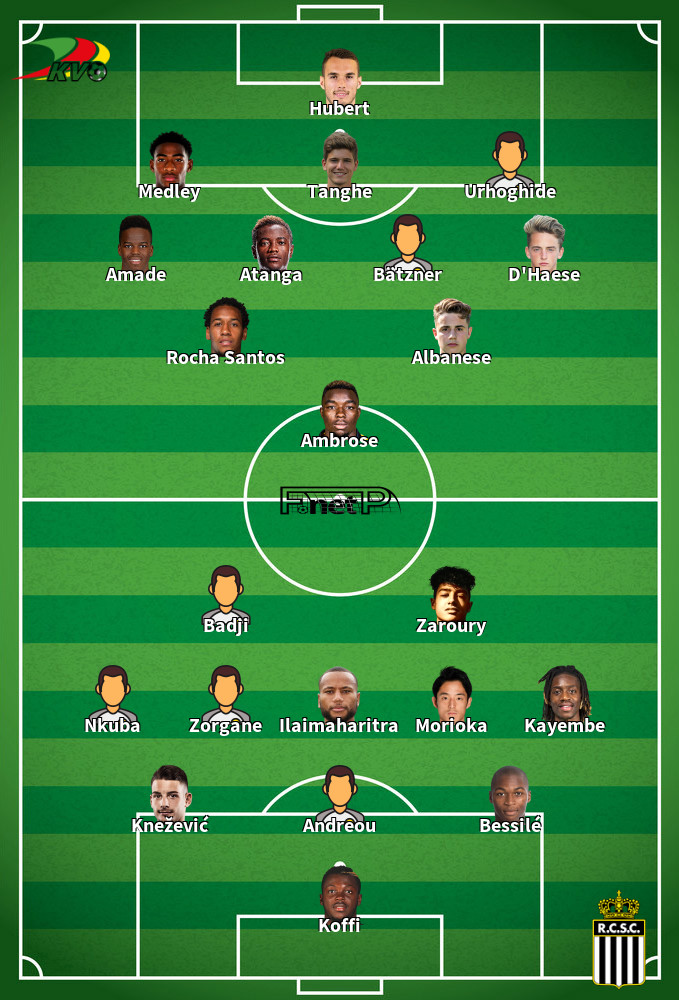 We have made these Charleroi v Oostende predictions for this match preview with the best intentions, but no profits are guaranteed. Please always gamble responsibly, only with money that you can afford to lose. Good luck!