View all of the Grimsby Town v Cheltenham Town predictions, poll and stats below - along with the latest match odds.

Grimsby Town go into this game after a 1-1 League Two draw versus Salford City.

The only scorer from Grimsby Town was Harry Clifton (2'). Ibou Touray (88') scored for Salford City.

Under three goals per match were scored during 5 of the past 6 fixtures where Grimsby Town have been involved. Breaking down the goal attribution during this period, opposition teams scored an aggregate of 4 and The Mariners managed the sum of 5. Having said that, we must now wait to see if the trend will be maintained in this game.

Taking a look at their past results, Grimsby Town:

Cheltenham Town will go into the game following a 4-0 League Two win as they beat Tranmere Rovers in their last match.

A tendency of at least one team drawing a blank in games featuring Cheltenham Town has become fairly consistent in recent matches. Checking on their last 6 meetings reveals that this has happened 5 times. In these clashes, their opponents have managed a goal tally of 6 while The Robins have scored 8.

Heading into this fixture, Cheltenham Town have not emerged victorious against Grimsby Town when they've played them away from home in the last 3 league matches.

An examination of their past head to head clashes dating back to 17/10/2017 tells us that Grimsby Town have won 3 of these & Cheltenham Town 1, with the number of draws standing at 2.

A sum of 15 goals were scored between the two sides during those clashes, with 9 of them for The Mariners and 6 being from The Robins. The average goals per game has been 2.5.

The last league match between the two was League Two match day 3 on 13/10/2020 when it finished Cheltenham Town 1-3 Grimsby Town.

Grimsby Town manager Paul Hurst does not have any fitness concerns at all ahead of this match thanks to a fully injury-free squad available to select from.

Due to a fully injury-free group available to choose from, Cheltenham Town manager Michael Duff doesn’t have any fitness worries at all coming into this match.

We’re inclined to think that Grimsby Town have it within them to breach the defence of this Cheltenham Town side, however a single goal probably won’t be as many as the goals that they could concede.

Our selection here is for a tight encounter finishing with a 1-2 victory for Cheltenham Town at the end of this one. Should be a good one. 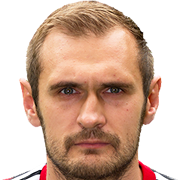 Mostly taking up the Striker position, James Hanson was born in Bradford, England. After having played his first senior match for Bradford City in the 2009 - 2010 season, the skilful Forward has netted 2 league goals in this League Two 2020 - 2021 season so far from a total of 18 appearances.

While we have made these predictions for Grimsby Town v Cheltenham Town for this match preview with the best of intentions, no profits are guaranteed. Always gamble responsibly, and with what you can afford to lose. Best of luck.