The League One game at Completely-Suzuki Stadium on Saturday will see home side Cheltenham Town welcome guests Port Vale.

For all of our match predictions, pre-game poll and statistics for Cheltenham Town v Port Vale, scroll down - as well as up-to-date odds.

Cheltenham Town will be hoping to return to winning ways here after the 4-2 League One loss in their previous game against Plymouth Argyle.

Ahead of this meeting, Cheltenham Town haven't been beaten in the league by Port Vale in their last 2 games.

After being beaten in their last game against Derby County in League One action, Port Vale will be hoping to turn things around here.

The only player to score from Port Vale was Funso Ojo (56'). David McGoldrick (87') and Nathaniel Mendez-Laing (89') scored for Derby County.

The numbers tell their own story, and Port Vale have been scored against in 5 of their last 6 matches, with opponents netting 8 goals in all. Defensively, Port Vale have not been doing too well. That kind of pattern might not be continued into this next game, of course.

Going into this encounter, Port Vale have not registered a win against Cheltenham Town when having played them away from home in the previous 9 league games. A very poor set of away results, indeed.

Inspecting their most recent head-to-head meetings stretching back to 23/02/2019 shows that Cheltenham Town have won 2 of these games and Port Vale 1, with the number of drawn results standing at 3.

15 goals were produced between them in these games, with 8 of them for The Robins and 7 coming from The Valiants. The average number of goals per game works out to 2.5.

The previous league clash featuring these sides was League One match day 7 on 03/09/2022 when the final score was Port Vale 2-2 Cheltenham Town.

The Cheltenham Town boss Wade Elliott will be grateful not to have any fitness worries at all ahead of this clash thanks to a fully injury-free group available to select from.

Thanks to a completely injury-free squad available to choose from, the Port Vale manager Darrell Clarke does not have any fitness concerns at all ahead of this clash.

We’re of the opinion that Cheltenham Town might need a bit of good fortune to break down this Port Vale lineup who should gain the upper hand.

That’s why we have predicted a hard-fought 0-1 advantage for Port Vale at the end of the match. 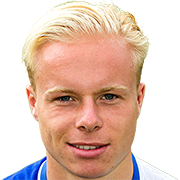 Customarily playing in the Centre Midfield position, Ryan Broom was born in Newport, Wales. Having played his first senior match for Bristol Rovers in the 2015 - 2016 season, the dangerous Midfielder has managed to score 2 league goals in the League One 2022 - 2023 campaign so far from a total of 20 appearances.

We have made these Cheltenham Town v Port Vale predictions for this match preview with the best intentions, but no profits are guaranteed. Please always gamble responsibly, only with money that you can afford to lose. Best of luck.