Cheltenham Town will come up against Walsall in Tuesday’s forthcoming EFL Trophy meeting.

Our Cheltenham Town v Walsall predictions, statistics and match poll can be seen below (including the best match odds).

Cheltenham Town will be looking to improve on their last outing here after a 1-0 League One defeat last time out to Accrington Stanley.

Sean McConville (1') was the scorer for Accrington Stanley.

Following on from tasting defeat last time out to Leyton Orient in League Two action, Walsall will be aiming to make amends here.

Omar Beckles (58') was the scorer for Leyton Orient.

The forward players for Walsall have struggled for goals over their previous six games, netting the unsatisfactory return of only 3. In those matches, The Saddlers have also seen the overall goal tally of opposing teams equal 8. Having said that, it remains to be seen whether that trend shall be replicated here in this game.

Looking over past results between these clubs going back to 20/12/2008 shows that these fixtures have been miserable for Walsall. They have not managed to register any victories whatsoever while Cheltenham Town have maintained the edge over them, finishing as winners in 67 per cent of those games where they have faced each other.

A combined sum of 15 goals were scored between the two sides during those clashes, with 11 from The Robins and 4 belonging to The Saddlers. This gives an average number of goals per game equal to 2.5.

The last league meeting featuring the two was League Two match day 29 on 16/02/2021 when it ended Walsall 1-2 Cheltenham Town.

The Cheltenham Town boss Wade Elliott will be grateful not to have any fitness concerns whatsoever ahead of this clash with a fully injury-free squad available for selection.

Out of a mainly available group, there is only the sole fitness problem for the Walsall gaffer Michael Flynn to be concerned with. Conor Wilkinson (Knee Injury) won’t be in action.

We’re of the opinion that Cheltenham Town will probably dominate on the ball and be rewarded with decent chances.

Conversely, Walsall could well find it tough to break down their defence although we do think that they will probably end up converting at least once here.

Our selection here is for a pretty comfortable 3-1 winning margin for Cheltenham Town after 90 minutes. 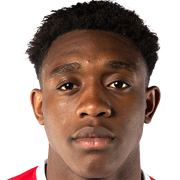 Mostly played in the Striker position, Dan N'Lundulu was born in France. After having made a senior debut playing for Southampton in the 2020 - 2021 season, the dangerous Forward has struck 3 league goals in the League One 2022 - 2023 season so far coming from a total of 8 appearances.

While we have made these predictions for Cheltenham Town v Walsall for this match preview with the best of intentions, no profits are guaranteed. Always gamble responsibly, and with what you can afford to lose. Best of luck.