To see all of our predictions, user poll & stats for Cherno More Varna v Montana, scroll down (including the best match odds).

Cherno More Varna will be looking to improve on their last outing here after a 1-0 First League losing effort in their last game against Tsarsko Selo.

It’s been seldom in recent games where Cherno More Varna have shown defensive steel. The facts show that The Sailors have seen their defence breached in 5 of their previous 6 matches, letting in 12 goals on the way.

Montana will go into this match following on from a 2-1 First League win to beat Slavia Sofia in their most recent match.

The stats don’t lie, and Montana have been scored against in 5 of their last 6 games, conceding 10 goals in all. Defensively, Montana just haven’t been too solid at all. We will find out if that trend will be sustained in this game.

Coming into this meeting, Montana are without an away win for the past 5 league games.

An examination of their most recent head to head meetings dating back to 22/08/2015 shows us that Cherno More Varna have won 4 of these and Montana 1, with the number of draws standing at 1.

An aggregate of 15 goals were shared by the two clubs throughout the course of those matches, with 11 from The Sailors and 4 created by Montana. That’s an average goals per game of 2.5.

Cherno More Varna boss Ilian Iliev will be grateful to have no fitness worries whatsoever ahead of this game thanks to a completely healthy squad ready to go.

Owing to a fully healthy squad available for selection, Montana boss Nikola Spasov doesn’t have any fitness worries whatsoever before this match.

Looking at these two teams, we feel that Cherno More Varna look likely to score more than once when they line up against Montana, who could well struggle to break down their defence.

We’re tipping a controlled 2-0 winning margin for Cherno More Varna by the time that the referee blows the final whistle.

Over/Under 2.5 Goals Prediction for Cherno More Varna vs Montana
Under 2.5 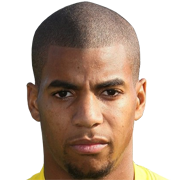 Regularly taking up the Right Wing position, Mathias Coureur was born in Fort-de-France, Martinique. Having played his first senior match for Cherno More Varna in the 2014 - 2015 season, the dangerous Forward has contributed 8 league goals in this First League 2020 - 2021 season to date coming from a total of 7 appearances.

While we have made these predictions for Cherno More Varna v Montana for this match preview with the best of intentions, no profits are guaranteed. Always gamble responsibly, and with what you can afford to lose. Best of luck with your selections.