There is MLS action happening on Wednesday as New York Red Bulls will be taking on Chicago Fire.

Our predictions, user poll and statistics for New York Red Bulls v Chicago Fire can be found here - along with the latest match odds.

Their latest results highlight the fact that huge efforts have been put in by the New York Red Bulls defence. New York Red Bulls have given the opposition little, seeing the tally of goals that have flown into the back of their net during their past six games standing at 3.

Following on from a loss in their previous game against FC Cincinatti in MLS competition, Chicago Fire and their travelling fans will hope for a better result here.

The strike force from Chicago Fire have failed to get amongst the goals over their previous six clashes, recording the unsatisfactory return of just 4. In those matches, Men in Red have also seen the collective goal aggregate of their opponents equal 12. That pattern might not be sustained into this game, however.

An examination of their past head-to-head meetings stretching back to 29/06/2019 tells us that New York Red Bulls have won 3 of these games & Chicago Fire 2, with the number of drawn games standing at 1.

A combined total of 17 goals were yielded between them throughout the course of those matches, with 10 for Red Bulls and 7 created by Men in Red. The average goals per game has been 2.83.

In that game, Chicago Fire had 44% possession and 7 attempts on goal with 3 on target. Their only player on the scoresheet was Xherdan Shaqiri (17').

With a fully injury-free group to choose from, the Chicago Fire manager Ezra Hendrickson does not have any fitness concerns to report coming into this game.

We feel that in this game, New York Red Bulls have it within them to fashion enough chances to find the net more than once while possibly not conceding when they play Chicago Fire, who might well find it difficult to get a goal of their own.

Our selection here is for a 2-0 winning margin for New York Red Bulls at full-time. 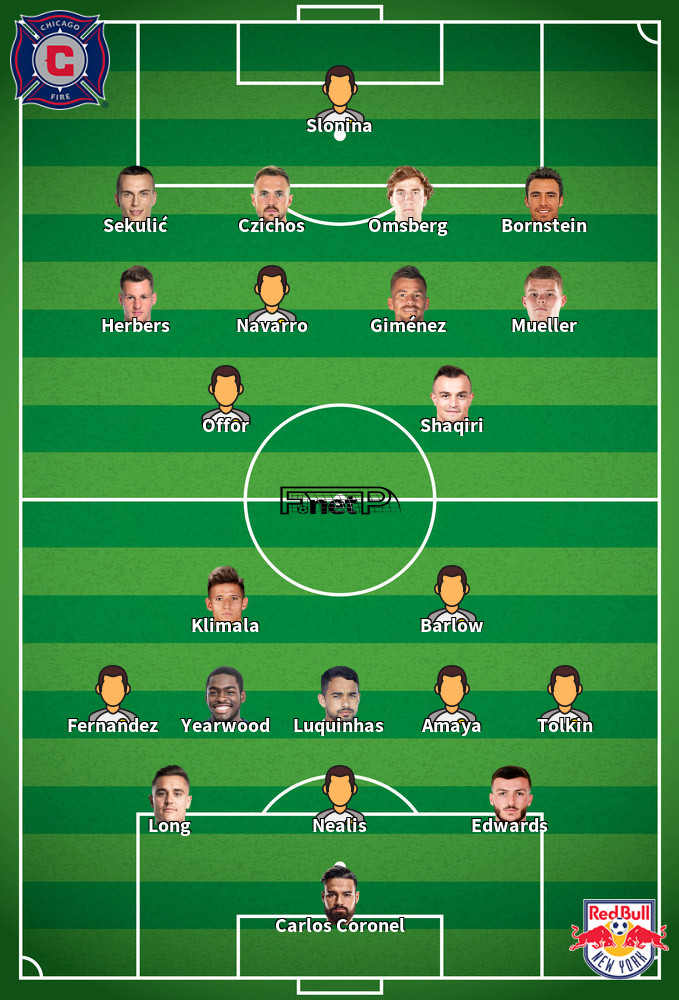 We have made these New York Red Bulls v Chicago Fire predictions for this match preview with the best intentions, but no profits are guaranteed. Please always gamble responsibly, only with money that you can afford to lose. Good luck with your selections.