Return to this page a few days before the scheduled game when this expired prediction will be updated with our full preview and tips for the next match between these teams.
Full-Time Result Prediction
👉
Japan to Win

For all of our match predictions, pre-game poll and statistics for Japan v Costa Rica, scroll down - as well as up-to-date odds.

Japan fans will want a repeat of their previous result, being the 1-2 World Cup victory against Germany.

It has been all too rare in recent games that Japan have managed to hold out for a full 90 minutes. The facts show that Japan have failed to prevent opponents from scoring in 5 of their previous 6 games, shipping 6 goals during that time.

After tasting defeat last time out to Spain in World Cup competition, Costa Rica will be hoping to turn things around here.

During their 6 latest matches, Costa Rica have fired home 9 times, earning them a goals scored per game average of 1.5.

In our view, Costa Rica have the capability to find the net against this Japan team, however it possibly won’t be enough to avoid defeat.

Our tip is for a close game with a 2-1 victory for Japan by the conclusion of the game. Should be a good one. 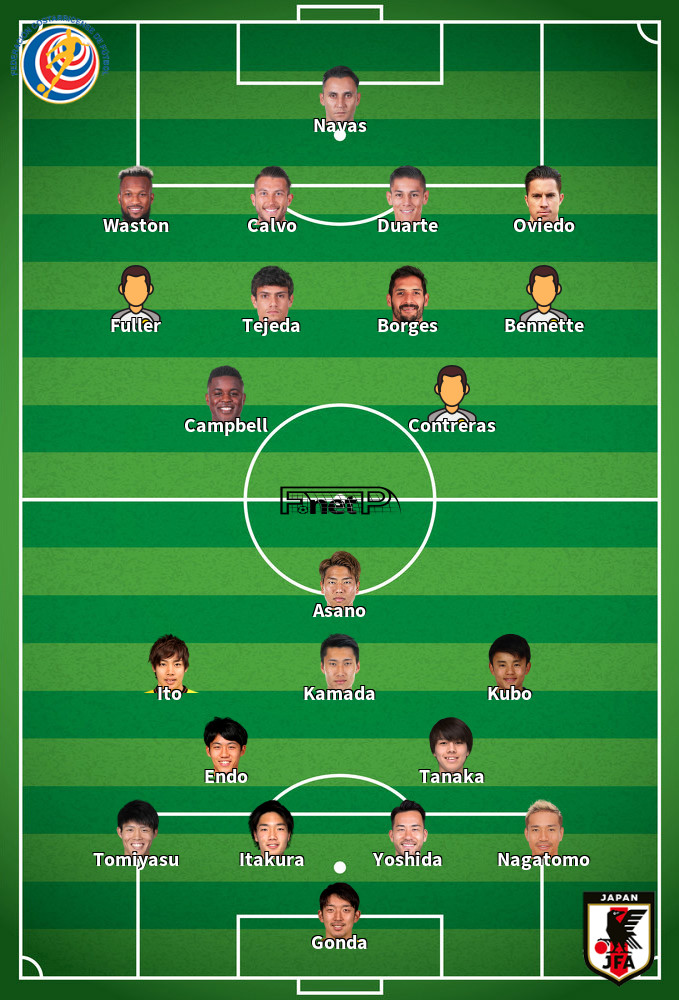 While we have made these predictions for Japan v Costa Rica for this match preview with the best of intentions, no profits are guaranteed. Always gamble responsibly, and with what you can afford to lose. We wish you the best of luck.