Return to this page a few days before the scheduled game when this expired prediction will be updated with our full preview and tips for the next match between these teams.
Full-Time Result Prediction for Coventry City vs Tranmere Rovers
Coventry City to Win

In this match, Coventry City look likely to create the chances to score more than once when they line up against Tranmere Rovers, who may well find it hard to find the back of the net. Therefore, we are anticipating a comfortable 2-0 margin for Coventry City when the full-time whistle blows. Scroll down to see all of the predictions, poll and statistics for Coventry City v Tranmere Rovers including the latest game odds.

Looking at their past form shows that Coventry City: 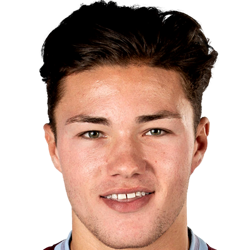 Mostly used in the Central Attacking Midfielder position, Callum O'Hare was born in Solihull, England. Having played his first senior match for Aston Villa in the 2017 - 2018 season, the talented Midfielder has hit 2 league goals in this League One 2019 - 2020 campaign so far in 7 appearances.

While we have made these predictions for Coventry City v Tranmere Rovers for this match preview with the best of intentions, no profits are guaranteed. Always gamble responsibly, and with what you can afford to lose. Best of luck.