Cracovia make the trip to Stadion Miejski w Białymstoku on Friday for the Ekstraklasa tie with home side Jagiellonia Białystok.

Jagiellonia Białystok will be looking to improve on their last outing here following a 0-1 Ekstraklasa loss in their previous game against Śląsk Wrocław.

Jagiellonia Białystok haven’t exactly had impressive attacking statistics of late. Their goals record equals just 4 against opponents over their previous six fixtures. In those games, Jagiellonia have also seen the number of goals that have gone against them come to 9.

Heading into this fixture, Jagiellonia Białystok are without a home win in the past 4 league matches. Fans are getting restless.

Cracovia will come into the meeting following on from a 2-1 Ekstraklasa win against Lech Poznań in their last match.

In the course of their 6 most recent matches, Michał Probierz's Cracovia have converted 5 times thus earning them the goals per game average of 0.83.

Analysis of their past results shows that Cracovia:

A look at their prior head to head meetings dating back to 24/02/2019 shows us that Jagiellonia Białystok have won 4 of these games & Cracovia 2, with the tally of draws being 0.

A sum of 15 goals were produced between them in these games, with 8 of them from Jagiellonia and 7 belonging to Pasy. The average goals per game has been 2.5.

The last league match between the two was Ekstraklasa match day 9 on 07/11/2020 when it ended Cracovia 3-1 Jagiellonia Białystok.

The referee was Paweł Gil.

Jagiellonia Białystok manager Rafał Grzyb will be grateful to have no fitness worries at all before this clash with a fully injury-free group available for selection.

Thanks to a completely injury-free squad available for selection, Cracovia manager Michał Probierz doesn’t have any fitness concerns to speak of before this game.

We’re inclined to think that Cracovia and Jagiellonia Białystok should play out a closely-fought contest here.

It could well end in a draw. We therefore see a tight encounter with a 1-1 score when the full-time whistle blows. 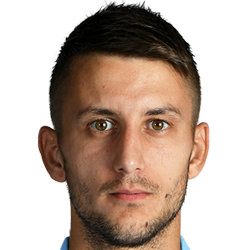 Typically playing in the Striker position, Jakov Puljić was born in Vinkovci, Croatia. Having played his first senior match for Cibalia in the 2011 - 2012 season, the goalscoring Forward has managed to score 9 league goals in the Ekstraklasa 2020 - 2021 season to date coming from a total of 18 appearances.

While we have made these predictions for Jagiellonia Białystok v Cracovia for this match preview with the best of intentions, no profits are guaranteed. Always gamble responsibly, and with what you can afford to lose. Best of luck with your selections.