The Ekstraklasa match at Stadion Cracovii on Sunday sees hosts Cracovia fighting it out with Zagłębie Lubin.

To see all of our predictions, user poll & stats for Cracovia v Zagłębie Lubin, scroll down - as well as up-to-date odds.

Cracovia go into this game after a 0-0 Ekstraklasa stalemate versus Stal Mielec.

Under three goals per match were scored during 5 of the last 6 meetings where Cracovia have taken part. Breaking down the goal weighting during that period, opposing sides scored an aggregate of 6 and Pasy managed a tally of 3.

Analysis of their past results shows that Cracovia:

Following on from being defeated in their last game at the hands of Raków Częstochowa in Ekstraklasa action, Zagłębie Lubin will be aiming to make amends here.

For Zagłębie Lubin, goals were scored by Patryk Szysz (13') and Saša Balić (81' Own goal). Ivi López (29') was the scorer for Raków Częstochowa.

It has become apparent that Zagłębie Lubin have made hard work of scoring goals over their previous 6 clashes, contributing the poor return of only 3. In those fixtures, Miedziowi have also seen the overall goal aggregate of their opponents equal 7. In any event, time will tell whether the trend will be replicated in this match or not.

Ahead of this clash, Zagłębie Lubin haven’t won away from home in the past 4 matches in the league.

A review of their prior head-to-head clashes going back to 17/08/2018 tells us that Cracovia have won 3 of these games & Zagłębie Lubin 1, with the tally of draws being 2.

An aggregate of 13 goals were scored between the two sides in these games, with 8 for Pasy and 5 being from Miedziowi. This gives an average number of goals per game equal to 2.17.

The previous league clash between these clubs was Ekstraklasa match day 4 on 20/09/2020 when it finished Zagłębie Lubin 1-1 Cracovia.

There is just the sole fitness concern for the Cracovia gaffer to contend with thanks to an almost full-strength set of players. Jakub Kosecki (Unknown Injury) won’t play.

With a fully healthy group available to select from, Zagłębie Lubin manager Martin Ševela does not have any fitness worries whatsoever ahead of this game.

We’ve got the feeling that Zagłębie Lubin should get enough chances to find the back of the net against this Cracovia outfit, although it may not be as many as the goals that they could concede.

We’re going for a very close game with a 2-1 winning score for Cracovia by the conclusion of the game. Looking forward to seeing how this one unfolds. 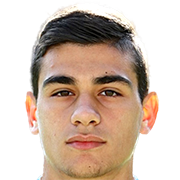 Mostly taking to the field in the Centre Midfield position, Florian Loshaj was born in Skenderaj, Kosovo. After making a first senior appearance for MVV in the 2015 - 2016 season, the dangerous Midfielder has got 2 league goals in the Ekstraklasa 2020 - 2021 campaign to date in 16 appearances.

We have made these Cracovia v Zagłębie Lubin predictions for this match preview with the best intentions, but no profits are guaranteed. Please always gamble responsibly, only with money that you can afford to lose. Good luck with your selections.