Return to this page a few days before the scheduled game when this expired prediction will be updated with our full preview and tips for the next match between these teams.
Full-Time Result Prediction for Crawley Town vs Bradford City
Draw
Bradford City journey to The Peoples Pension Stadium on Saturday for the League Two fixture with home team Crawley Town.

It seems to us that Bradford City and Crawley Town could well end up finding themselves level here, with both teams capable of netting. A close call, and we think a draw is quite likely. Our tip is therefore for a very close game with a 1-1 scoreline at the end of the 90 minutes. Our predictions, user poll and statistics for Crawley Town v Bradford City can be found here - plus the latest match odds.

Looking at their past form shows that Crawley Town: 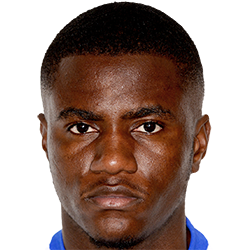 Regularly taking up the Central Attacking Midfielder position, Beryly Lubala was born in DR Congo (Zaire). Having made his senior debut playing for Birmingham City in the 2017 - 2018 season, the gifted Midfielder has managed 10 league goals in the League Two 2019 - 2020 season so far in a total of 25 appearances.

While we have made these predictions for Crawley Town v Bradford City for this match preview with the best of intentions, no profits are guaranteed. Always gamble responsibly, and with what you can afford to lose. Good luck!