The Liga MX (Clausura) clash at The Estadio Victoria on Sunday will see home side Necaxa locking horns with Cruz Azul.

Our tips, poll and stats for Necaxa v Cruz Azul can all be found here - plus the latest match odds.

Necaxa will be hoping for a better result after the 2-1 Liga MX (Clausura) losing effort in their last game against León.

In that game, Necaxa managed 41% possession and 5 attempts on goal with 3 on target. The scorer for Necaxa was Facundo Batista (10'). León had 15 attempts at goal with 2 on target. Víctor Dávila (63') and Ángel Mena (67') scored for León.

It’s been seldom in recent games where Necaxa have shown defensive steel. In fact, Necaxa have been scored against in 6 of their previous 6 games, shipping 11 goals in the process. Having said that, time will tell whether that trend shall be replicated here in this match.

Heading into this contest, Necaxa are without a win at home for the past 3 league matches.

After suffering a loss in their previous game against Monterrey in Liga MX (Clausura) competition, Cruz Azul and their fans will hope to get a better result this time.

Raúl Gutiérrez's Cruz Azul have converted a total of 6 times throughout their previous 6 matches. The overall goals that they have conceded during the equivalent period adds up to 8.

Their past results show that Cruz Azul:

Looking at their most recent head-to-head clashes dating back to 30/08/2020 shows us that Necaxa have won 1 of these games & Cruz Azul 4, with the tally of drawn matches being 1.

An aggregate of 14 goals were scored between them throughout the course of those matches, with 4 of them from Lightning Bolts and 10 netted by La Máquina Azul. That’s an average goals per game figure of 2.33.

The previous league fixture between these sides was Liga MX (Apertura) match day 6 on 30/07/2022 when it finished Cruz Azul 1-0 Necaxa.

In that match, Cruz Azul managed 41% possession and 7 attempts on goal with 4 of them on target. The scorer was Iván Morales (38').

Necaxa got 17 attempts at goal with 3 on target.

The match was refereed by Erick Yair Miranda Galindo.

The Necaxa boss Andres Lillini doesn’t have any fitness concerns to speak of ahead of this clash owing to a completely injury-free group ready to go.

With a completely injury-free group available for selection, the Cruz Azul manager Raúl Gutiérrez has no fitness worries whatsoever coming into this game.

We’re thinking that Cruz Azul will have to perform well to see themselves scoring against this Necaxa team who will likely score at least once to gain the upper hand.

Therefore, we predict a hard-fought 1-0 advantage for Necaxa at the conclusion of the game. 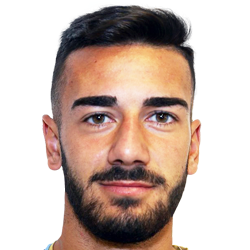 Typically taking up the Striker position, Facundo Batista was born in Montevideo, Uruguay. After having played his first senior match for Necaxa in the 2021 - 2022 season, the talented Forward has managed to score 7 league goals in the Liga MX (Apertura) 2022 - 2023 campaign to date from a total of 17 appearances.

We have made these Necaxa v Cruz Azul predictions for this match preview with the best intentions, but no profits are guaranteed. Please always gamble responsibly, only with money that you can afford to lose. We wish you the best of luck.