Regensburg journey to Merck-Stadion am Böllenfalltor on Saturday for the Bundesliga 2 game with home team Darmstadt.

View all of the Darmstadt v Regensburg predictions, poll and stats below - plus the latest match odds.

Darmstadt will play in this match after a 1-1 Bundesliga 2 stalemate vs Greuther Furth.

Darmstadt haven’t been able to stop scoring goals, hitting the target every time they’ve gone out to play in their last 6 games.

They have claimed a sum of 7 during that time while also conceding a total of 4. With no two games being the same, time will tell whether that pattern will be sustained in this upcoming match.

Coming into this contest, Darmstadt are undefeated in their last 11 home league matches. A very good run at home.

Following on from a losing effort in their last game against Heidenheim in Bundesliga 2 action, Regensburg and their travelling supporters will be hoping that they can get a better result in this one.

The stats tell the story, and Regensburg have been scored against in 6 of their last 6 games, seeing their opponents hit 16 goals in total. At the back, Regensburg have some weaknesses to address.

Their previous form shows that Regensburg:

A glance at their past head-to-head meetings going back to 06/06/2020 shows us that Darmstadt have won 1 of these & Regensburg 3, with the tally of drawn games being 2.

A total of 11 goals were yielded between them during those clashes, with 3 of them from Darmstadt and 8 for Regensburg. That’s an average goals per game of 1.83.

The previous league contest featuring the two was Bundesliga 2 match day 1 on 16/07/2022 and the score finished Regensburg 2-0 Darmstadt.

On that day, Regensburg managed 41% possession and 16 shots on goal with 4 of them on target. The goals were scored by Joshua Mees (1') and Andreas Albers (67').

For their opponents, Darmstadt got 14 shots on goal with 3 of them on target.

Looking at these two teams, we feel that Darmstadt are likely to dominate on the ball and be rewarded with decent chances.

Conversely, Regensburg won’t find it easy to make a breakthrough although we do think that they will probably end up scoring here.

We reckon that it will be a comfortable 3-1 winning margin for Darmstadt come full-time. 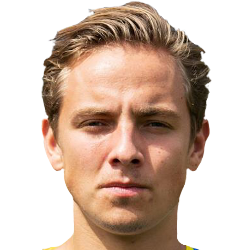 Mostly taking up the Striker position, Phillip Tietz was born in Germany. After making a first senior appearance for Eintracht Braunschweig in the 2015 - 2016 season, the accomplished Forward has scored a sum of 6 league goals in the 2. Bundesliga 2022 - 2023 campaign to date in a total of 17 appearances.

While we have made these predictions for Darmstadt v Regensburg for this match preview with the best of intentions, no profits are guaranteed. Always gamble responsibly, and with what you can afford to lose. Good luck with your selections.