Excelsior will do battle with visiting opponents De Graafschap at Van Donge & De Roo Stadion in this Eerste Divisie clash on Friday.

All of our predictions, stats and the user poll for Excelsior v De Graafschap are shown below - plus the latest betting odds.

Excelsior head into this game following on from a 1-1 Eerste Divisie stalemate vs FC Dordrecht.

Fixtures with Excelsior have proved to be engaging affairs recently with a lot of goalmouth action being a common characteristic. Over their past six games alone, the sum total of 22 goals have flown in for both sides combined (at an average of 3.67 goals per game) with 14 of those accredited to Excelsior. That sort of trend might not be continued into this next game, though.

Going into this encounter, Excelsior have not registered a win against De Graafschap in their last 4 league games.

Following on from a loss in their previous game against VVV-Venlo in Eerste Divisie competition, De Graafschap and their travelling fans will hope for a better result here.

In that game, De Graafschap had 59% possession and 25 attempts at goal with 6 of them on target. The scorer for De Graafschap was Ted van de Pavert (58'). On the other side, VVV-Venlo got 15 attempts on goal with 7 on target. Aaron Bastiaans (41') and Nick Venema (73') scored for VVV-Venlo.

Reinier Robbemond's De Graafschap have turned their attacks into goals a total of 11 times throughout their previous six matches. The number of goals that have been scored against them during that same period comes to 8.

Coming into this clash, De Graafschap are unbeaten in their last 3 league matches away from home.

Checking on their past head-to-head meetings stretching back to 27/10/2018 shows us that Excelsior have won 1 of these games & De Graafschap 3, with the number of drawn matches standing at 2.

A sum of 16 goals were yielded between them in this period, with 6 of them for Roodzwarten and 10 belonging to Superboeren. That is an average goals per game value of 2.67.

The previous league match between these clubs was Eerste Divisie match day 7 on 17/09/2021 and the score finished De Graafschap 3-1 Excelsior.

Excelsior had 2 attempts on goal with 2 of them on target. Marouan Azarkan (57') scored.

Almost everyone can be considered, as there’s just a single fitness concern for the Excelsior manager Marinus Dijkhuizen to contend with thanks to an otherwise robust group of players. Marouan Azarkan (Knock) will miss out. Michael Chacón will not be able to play in this game through being suspended.

De Graafschap boss Reinier Robbemond has to choose a team with limited availability. Guus Vaags (Fibula Fracture), Joey Konings (Corona virus), Mees Kaandorp (Corona virus) and Danny Verbeek (Shoulder Injury) will miss out on this game. Jeffry Fortes is ineligible for this match because of suspension.

We envisage that De Graafschap and Excelsior may find themselves both scoring more than one goal each in what promises to be a fairly balanced contest.

It’s looking like it could well end up as a draw but we do expect to see goals at each end. We’re therefore predicting a hard-fought contest, finishing with a 2-2 scoreline at the end of the 90 minutes. 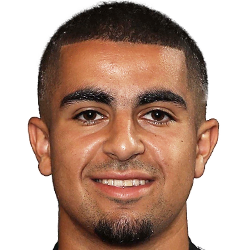 Normally deployed in the Left Wing position, Marouan Azarkan was born in Netherlands. Having made a first senior appearance for Feyenoord in the 2019 - 2020 season, the talented Forward has scored 5 league goals in this Eerste Divisie 2021 - 2022 season so far coming from a total of 16 appearances.

While we have made these predictions for Excelsior v De Graafschap for this match preview with the best of intentions, no profits are guaranteed. Always gamble responsibly, and with what you can afford to lose.