Derby County make the trip to Riverside Stadium on Wednesday for the Championship tie with hosts Middlesbrough.

Our tips, poll and stats for Middlesbrough v Derby County can all be found here (inc. the best betting odds).

Middlesbrough will be wanting a better result here after the 0-1 Championship loss in their previous game against Norwich City.

Fewer than three goals per game were seen in 6 of the last 6 meetings where Middlesbrough have been involved. Regarding the goal distribution in this period, opposition teams scored an aggregate of 2 while The Boro managed a tally of 4. That kind of trend won’t necessarily be carried forward here, though.

Going into this one, Middlesbrough have not registered a win against Derby County in their previous 4 matches in the league.

Since being defeated in their last game at the hands of Bristol City in Championship competition, Derby County and their fans will hope to get a better result this time.

In that match, Derby County managed 64% possession and 13 shots on goal with 2 on target. Bristol City had 11 shots at goal with 3 on target. Famara Diédhiou (78') was the scorer for Bristol City.

In 6 of the prior 6 clashes featuring Derby County, a relatively low number of goals have been struck between them and their opposition. The overall average number of goals per game during that spell works out to a mere 1.67, with the number of goals averaged by The Rams equalling 0.5.

Looking at their past form shows that Derby County:

Looking at their prior head-to-head clashes going back to 25/11/2017 shows us that Middlesbrough have won 1 of them and Derby County 2, with the number of drawn results being 3.

A combined total of 16 goals were shared by the two clubs throughout the course of those matches, with 6 from The Boro and 10 coming from The Rams. That is an average goals per game value of 2.67.

The last league fixture featuring these sides was Championship match day 27 on 11/01/2020 and the score finished Middlesbrough 2-2 Derby County.

In that match, Middlesbrough had 46% possession and 15 attempts at goal with 5 of them on target. The goalscorers were Lewis Wing (16') and Paddy McNair (67').

Thanks to a completely injury-free group to choose from, Derby County boss does not have any fitness concerns at all coming into this match.

We’ve got the feeling that Derby County are capable enough to get a goal against this Middlesbrough side, however that probably shouldn’t be enough to avoid defeat.

We are anticipating a tight encounter finishing with a 2-1 victory for Middlesbrough at the end of the 90 minutes. It will be interesting to see how this one goes. 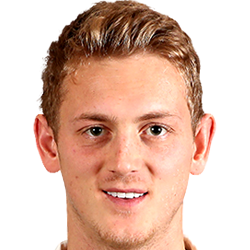 Mostly taking to the field in the Centre Midfield position, George Saville was born in Camberley, England. After having made a senior debut playing for Millwall in the 2012 - 2013 season, the gifted Midfielder has managed to score 2 league goals in the Championship 2020 - 2021 season to date in a total of 10 appearances.

We have made these Middlesbrough v Derby County predictions for this match preview with the best intentions, but no profits are guaranteed. Please always gamble responsibly, only with money that you can afford to lose. Good luck if you do place a bet today.