Marseille take on guests Dijon at Stade Vélodrome in the Ligue 1 tie on Sunday.

Our tips, poll and stats for Marseille v Dijon can all be found here (including the best match odds).

Marseille will be looking to improve on their last outing here after the 3-0 Ligue 1 loss in their previous game against Nice.

It’s been seldom in recent games where Marseille have shown defensive steel. The facts show that Les Olympiens have failed to prevent opponents from scoring in 5 of their previous 6 clashes, leaking 9 goals during that time. Nonetheless, it remains to be seen whether that trend might continue on in this upcoming match.

Their past results show that Marseille:

After being defeated in their last game at the hands of Reims in Ligue 1 competition, Dijon and their travelling supporters will be hoping that they can get a better result in this one.

The stats tell the story, and Dijon have been scored against in 6 of their last 6 games, with opponents netting 15 goals in all. In defence, Dijon seem to have a bit of a soft underbelly.

Their prior results show that Dijon:

Looking over their past head to head results stretching back to 06/08/2017 shows that these fixtures have not been kind to Dijon. They have not managed to register any victories at all whereas Marseille have remained in the ascendancy, finishing as winners in 67% of those games played.

In all, 12 goals were scored between the two sides in these games, with 10 of them for Les Olympiens and 2 netted by Dijon. That’s an average goals per game of 2.

The last league meeting featuring these sides was Ligue 1 match day 19 on 09/01/2021 and the score finished Dijon 0-0 Marseille.

On that day, Dijon managed 41% possession and 5 shots on goal with 0 on target.

For their opponents, Marseille had 11 shots at goal with 4 of them on target.

Owing to a completely healthy squad available for selection, Dijon manager David Linarès doesn’t have any fitness worries to speak of ahead of this game.

We’re of the opinion that Marseille should really fashion enough chances to find the net more than once while possibly not conceding against Dijon, who could well struggle finding the net themselves.

Our selection here is for a comfortable 2-0 margin for Marseille at the end of this one. 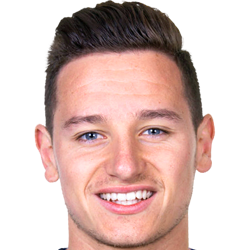 Typically taking to the field in the Right Wing position, Florian Thauvin was born in Orléans, France. Having made a first senior appearance for Grenoble in the 2010 - 2011 season, the skilful Forward has hit 8 league goals in the Ligue 1 2020 - 2021 campaign to date in a total of 29 appearances.

We have made these Marseille v Dijon predictions for this match preview with the best intentions, but no profits are guaranteed. Please always gamble responsibly, only with money that you can afford to lose. Good luck if you do place a bet today.