Dijon make the trip to Stade Bollaert-Delelis on Sunday for the Ligue 1 clash with hosts RC Lens.

All RC Lens v Dijon game predictions, stats and user poll are shown below - along with the latest match odds.

RC Lens go into this match following on from a 1-1 Ligue 1 drawn result vs Reims.

It has been all too rare in recent games where RC Lens have managed to hold out for a full 90 minutes. The reality is that Les Artésiens have failed to prevent opponents from scoring in 5 of their previous 6 clashes, leaking 7 goals on the way. Historical results aside, we must now wait to see if that pattern shall be replicated in this match or not.

Taking a look at their past results, RC Lens:

After being beaten in their last game against Nîmes in Ligue 1 competition, Dijon will be aiming to make amends here.

In that game, Dijon had 50% possession and 10 shots at goal with 3 of them on target. For their opponents, Nîmes got 8 shots on goal with 4 on target. Renaud Ripart (76') and Niclas Eliasson (87') scored for Nîmes.

The numbers tell their own story, and Dijon have been scored against in 6 of their last 6 matches, letting opponents get 12 goals overall. At the back, Dijon could really do with shoring things up.

Checking on their past head to head clashes going back to 18/01/2014 tells us that RC Lens have won 1 of them and Dijon 2, with the tally of draws being 3.

An aggregate of 15 goals were scored between them in this period, with 6 of them for Les Artésiens and 9 for Dijon. That’s an average goals per game of 2.5.

On that occasion, Dijon had 52% possession and 11 shots on goal with 2 of them on target.

RC Lens got 8 attempts at goal with 4 on target. Arnaud Kalimuendo-Muinga (23') scored.

Thanks to a largely available squad, there is just the sole fitness problem for the Dijon gaffer David Linarès to contend with. Roger Assalé (Muscle Injury) won’t be in action. Ineligible players who cannot play in this game through suspension are Frédéric Sammaritano and Mama Baldé.

We believe that RC Lens have it within them to score more than once when they line up against Dijon, who might well find it a difficult task finding the net themselves.

We reckon that it will be a decent 2-0 winning score for RC Lens when all’s said and done. 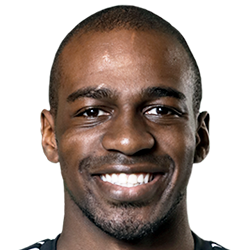 Typically taking to the field in the Central Attacking Midfielder position, Gaël Kakuta was born in Lille, France. After making a first senior appearance for Chelsea in the 2009 - 2010 season, the dangerous Midfielder has managed 9 league goals in the Ligue 1 2020 - 2021 season so far in 24 appearances.

We have made these RC Lens v Dijon predictions for this match preview with the best intentions, but no profits are guaranteed. Please always gamble responsibly, only with money that you can afford to lose. Good luck!