Return to this page a few days before the scheduled game when this expired prediction will be updated with our full preview and tips for the next match between these teams.
Full-Time Result Prediction
👉
Dornbirn to Win

Dornbirn are going up against visiting team KSV 1919 at Stadion Birkenwiese in the 2. Liga clash on Tuesday.

For all of our match predictions, pre-game poll and statistics for Dornbirn v KSV 1919, scroll down - plus the latest betting odds.

Dornbirn, following on from their previous result, will be hoping for more of the same after a 0-1 2. Liga triumph over Floridsdorfer AC.

The only name on the scoresheet from Dornbirn was Tom Zimmerschied (43').

Markus Mader's Dornbirn have hit the back of the net a sum total of 6 times over their prior 6 outings. The corresponding number of goals that have been scored against them in that same time is 6.

Heading into this fixture, Dornbirn are without a home win in the past 8 matches in the league. It's been disappointing.

KSV 1919 head into the clash following on from a 3-1 2. Liga win versus Grazer AK in their most recent outing.

Dornbirn manager Markus Mader doesn’t have any fitness concerns to speak of coming into this match owing to a fully injury-free group available to select from.

Thanks to a completely injury-free squad available to choose from, KSV 1919 boss Abdulah Ibraković has no fitness concerns whatsoever before this game.

We’ve got the feeling that KSV 1919 should have enough to find the net against this Dornbirn team, but that might not quite be enough to prevent defeat.

We’re predicting a narrow 2-1 win for Dornbirn by the conclusion of the game. Let’s wait and see how it plays out. 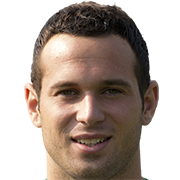 Customarily playing in the Striker position, Lukas Katnik was born in Austria. After having played his first senior match for FC Lustenau 1907 in the 2006 - 2007 season, the skilful Forward has scored a sum of 2 league goals in the 2. Liga 2020 - 2021 season to date in a total of 14 appearances.

While we have made these predictions for Dornbirn v KSV 1919 for this match preview with the best of intentions, no profits are guaranteed. Always gamble responsibly, and with what you can afford to lose. Good luck!