The National League clash at Crabble Athletic Ground on Sunday will see home side Dover Athletic go up against Weymouth.

Full predictions, pre-match stats and user poll for Dover Athletic v Weymouth are shown on this page including the latest game odds.

Dover Athletic will be hoping to bounce back here following a 1-2 National League losing effort in their last game against Weymouth.

Coming into this contest, Dover Athletic are without a win at home for the past 9 league matches. No joy for the home fans.

Looking at their form, and Weymouth have been scored against in 5 of their last 6 matches, letting opponents get 16 goals in total. In defence, Weymouth have clearly had some problems. We will just have to see whether or not that trend will end up being continued on in this game.

The previous league contest featuring these clubs was National League match day 7 on 18/09/2021 when it finished Weymouth 1-1 Dover Athletic.

The match was refereed by Scott Tallis.

The Dover Athletic boss Andy Hessenthaler will be grateful to have no fitness concerns to speak of before this game with a completely healthy squad available for selection.

Thanks to a completely injury-free squad available for selection, the Weymouth boss David Oldfield does not have any fitness concerns to report ahead of this game.

We’ve got the feeling that Weymouth and Dover Athletic could both end up scoring in what appears to be a good match-up, with little separating these two teams.

We’ll see, but this looks like it could end up all-square. We therefore see a very even match with a 1-1 score after 90 minutes. 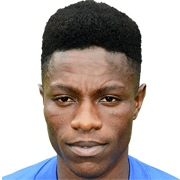 Mostly deployed in the Central Attacking Midfielder position, Koby Arthur was born in Kumasi, Ghana. After making a first senior appearance for Birmingham City in the 2012 - 2013 season, the gifted Midfielder has struck 5 league goals in this National League 2021 - 2022 season to date in a total of 32 appearances.

We have made these Dover Athletic v Weymouth predictions for this match preview with the best intentions, but no profits are guaranteed. Please always gamble responsibly, only with money that you can afford to lose. We wish you the best of luck.