Montrose visit The C&G Systems Stadium on Tuesday for the League One fixture with hosts Dumbarton.

Our full set of predictions, statistics and match poll for Dumbarton v Montrose can be seen below - plus the latest match odds.

Dumbarton will be looking to improve on their last outing here after a 0-1 Scottish Cup losing effort in their last game against Aberdeen.

Callum Hendry (84') was the scorer for Aberdeen.

Fewer than three goals per match were recorded in 5 of the past 6 fixtures where Dumbarton have taken part. Breaking down the goal split in this period, their opponents scored a total of 9 while The Sons managed a tally of 1.

Heading into this contest, Dumbarton have not registered a win against Montrose in their previous 3 league games.

Montrose will go into the game following a 2-4 Scottish Cup win over Fraserburgh in their most recent game.

In the course of their 6 latest matches, Stewart Petrie's Montrose have had reason to celebrate scoring a total of 10 times thus earning them a goals scored per game average of 1.67.

Their previous form shows that Montrose:

Looking over their past head-to-head clashes stretching back to 26/01/2019 tells us that Dumbarton have won 2 of these and Montrose 3, with the number of drawn matches standing at 1.

A total of 18 goals were scored between them throughout the course of those matches, with 7 of them for The Sons and 11 coming from The Gable Endies. That’s an average goals per game figure of 3.

The previous league game featuring these clubs was League One match day 9 on 19/12/2020 when it finished Montrose 4-0 Dumbarton.

Thanks to a completely healthy group ready to go, Montrose manager Stewart Petrie doesn’t have any fitness worries whatsoever before this match.

We think that Dumbarton will do well to get anything against this Montrose outfit who we think might score at least once to gain the upper hand.

We therefore think that it’s going to be a hard-fought 0-1 win for Montrose after 90 minutes. 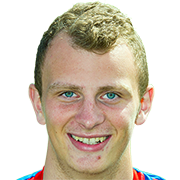 Customarily taking up the Striker position, Jaime Wilson was born in Inverness, Scotland. Having played his first senior match for Dumbarton in the 2020 - 2021 season, the talented Forward has managed to score 2 league goals in this League One 2020 - 2021 campaign to date in 11 appearances.

We have made these Dumbarton v Montrose predictions for this match preview with the best intentions, but no profits are guaranteed. Please always gamble responsibly, only with money that you can afford to lose.