Our Kilmarnock v Dundee United tips, poll and stats can be seen in full below (including the best match odds).

Kilmarnock will be hoping to return to winning ways here following the 1-0 Premiership defeat last time out to Aberdeen.

In that game, Kilmarnock had 57% possession and 8 shots at goal with 4 of them on target. For their opponents, Aberdeen got 10 shots on goal with 4 on target. Callum Hendry (21') scored for Aberdeen.

It has not been often in recent games where Kilmarnock have shown defensive steel. The reality is that Killie have seen their defence breached in 6 of their previous 6 games, shipping 12 goals on the way.

Coming into this fixture, Kilmarnock have not won at home in their last 3 matches in the league.

Following on from suffering a loss in their previous game against Rangers in Premiership action, Dundee United and their travelling fans will hope for a better result here.

Illustrating their partiality to eventful matches, goals have been scored 21 times in the prior 6 matches in which Dundee United have played, making it an average of 3.5 goals for each clash. Opposition teams have hit 13 of this grand total. Despite that, it remains to be seen if that trend might be maintained here in this match.

A glance at their prior head to head clashes going back to 12/09/2015 tells us that Kilmarnock have won 2 of these and Dundee United 3, with the tally of drawn games standing at 1.

A lot of goals were also scored during this period, 23 in total which averages out at 3.83 goals per meeting.

Kilmarnock boss Tommy Wright does not have any fitness concerns whatsoever ahead of this game owing to a fully injury-free group available to select from.

Thanks to a largely available squad, there’s just a single fitness problem for the Dundee United manager Micky Mellon to contend with. Declan Glass (Knee Surgery) misses out for this game.

We feel that in this game, Dundee United should be able to breach the defence of this Kilmarnock side, although it might not quite be as many as they’ll concede.

Our tip is for a very close game with a 2-1 winning margin for Kilmarnock at the end of the 90 minutes. Expecting it to be very competitive. 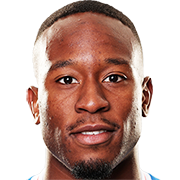 Normally playing in the Striker position, Nicke Kabamba was born in Brent, England. After having made a senior debut playing for Portsmouth in the 2016 - 2017 season, the dangerous Forward has netted 5 league goals in this Premiership 2020 - 2021 campaign to date coming from a total of 30 appearances.

While we have made these predictions for Kilmarnock v Dundee United for this match preview with the best of intentions, no profits are guaranteed. Always gamble responsibly, and with what you can afford to lose. Best of luck with your selections.