The next big Challenge Cup game on Tuesday sees Dundee ready themselves for the battle with Dunfermline Athletic.

View all of the Dundee v Dunfermline Athletic predictions, poll and stats below - plus the latest betting odds.

Dundee prepare for this fixture following a 0-0 Scottish Cup draw vs St Mirren.

The match went to penalties and was won 0-3 by St Mirren.

Gary Bowyer's Dundee have netted a sum total of 9 times in their preceding 6 outings. The tally of goals that have been scored against them in those games stands at 5.

In the game prior to this, Dunfermline Athletic drew 1-1 in the Scottish Cup tie with Partick Thistle.

The only player to score from Dunfermline Athletic was Kyle Benedictus (42'). Aidan Fitzpatrick (51') scored for Partick Thistle. Partick Thistle won the match 2-4 in a dramatic penalty shootout.

Looking over their prior head to head meetings stretching back to 02/08/2019 shows us that Dundee have won 2 of them and Dunfermline Athletic 1, with the tally of drawn matches standing at 3.

Loads of goals were seen in those games, too - 24 in total at an average of 4 goals per match.

The last league meeting between these clubs was Championship match day 16 on 13/04/2021 when the final score was Dunfermline Athletic 0-0 Dundee.

The match was refereed by Kevin Clancy.

The Dundee boss Gary Bowyer does not have any fitness worries to speak of coming into this game with a completely healthy group ready to go.

With a completely healthy group to choose from, the Dunfermline Athletic manager James McPake has no fitness worries to report coming into this game.

When taking all factors into account, Dunfermline Athletic must be fancied to put one past this Dundee team, but that possibly won’t quite be as many as the goals that they could concede.

Our tip is for a close game with a 2-1 advantage for Dundee at full-time. Should be a good one. 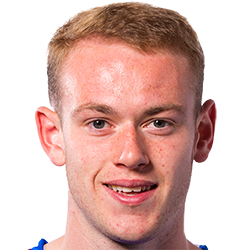 Customarily taking up the Striker position, Zak Rudden was born in Edinburgh, Scotland. After making a first senior appearance for Dundee in the 2021 - 2022 season, the gifted Forward has struck 5 league goals in the Championship 2022 - 2023 campaign so far from a total of 19 appearances.

We have made these Dundee v Dunfermline Athletic predictions for this match preview with the best intentions, but no profits are guaranteed. Please always gamble responsibly, only with money that you can afford to lose. We wish you the best of luck.