Return to this page a few days before the scheduled game when this expired prediction will be updated with our full preview and tips for the next match between these teams.
Full-Time Result Prediction
👉
Niort to Win

The Ligue 2 tie at Stade René-Gaillard on Saturday will see home side Niort play USL Dunkerque.

To see all of our predictions, user poll & stats for Niort v USL Dunkerque, scroll down - plus the latest betting odds.

Niort, buoyed by their previous result, will be hoping for more of the same after a 3-4 Ligue 2 triumph against Sochaux.

Fixtures involving Niort have proved to be engaging affairs recently with a lot of goalmouth action the rule rather than the exception. Over their past 6 clashes alone, the sum total of 22 goals have been recorded for both teams combined (at an average of 3.67 goals per game) with 11 of those accredited to Les chamois.

Following on from a loss in their previous game against Paris FC in Ligue 2 competition, USL Dunkerque will be hoping to turn things around here.

The strike force from USL Dunkerque have made hard work of scoring goals in their past six games, recording the unsatisfactory return of just 3. In those matches, Dunkerque have also seen the overall goal aggregate against them equal 5. Previous results aside, time will tell if the trend shall persist here in this game or not.

There is just the lone fitness concern for the Niort manager Sébastien Desabre to contend with from of an almost fully healthy squad. Ibrahim Sissoko (Knee Surgery) is out of contention.

In this match, USL Dunkerque have the capability to score a goal against this Niort outfit, although that isn’t expected to be enough to prevent defeat.

We reckon that it will be a narrow 2-1 victory for Niort after 90 minutes. 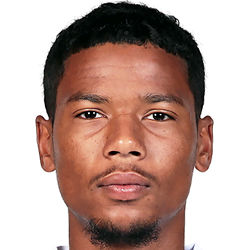 Mostly taking to the field in the Centre Midfield position, Dylan Louiserre was born in France. Having played his first senior match for Havre AC in the 2014 - 2015 season, the talented Midfielder has netted 2 league goals in the Ligue 2 2020 - 2021 season so far coming from a total of 9 appearances.

We have made these Niort v USL Dunkerque predictions for this match preview with the best intentions, but no profits are guaranteed. Please always gamble responsibly, only with money that you can afford to lose. We wish you the best of luck.