Full predictions, pre-match stats and user poll for Dynamo Dresden v Duisburg are shown on this page - as well as the best betting odds.

Dynamo Dresden will be hoping to return to winning ways here following the 0-3 3rd Liga losing effort in their last game against Hallescher.

A common aspect of more recent Dynamo Dresden games is seeing a zero in the scoreline.

Taking their prior sextet of matches before this one, in 5 of them a bet on "Both Teams to Score" would have been a loser.

Going into this game, the form guide shows that Dynamo Dresden:

Duisburg will go into the match after a 0-3 3rd Liga win in the defeat of Wehen Wiesbaden in their previous game.

The stats tell the story, and Duisburg have been scored against in 5 of their last 6 games, seeing opposing sides hit 7 goals in all. Defensively, Duisburg just haven’t been too solid at all. We shall soon see whether or not that trend will be sustained into this next match.

Their past results show that Duisburg:

Looking at their most recent head-to-head meetings dating back to 26/04/2015 shows that Dynamo Dresden have won 4 of them & Duisburg 2, with the tally of draws being 0.

A combined sum of 13 goals were produced between them during those clashes, with 8 of them from Dresden and 5 netted by Duisburg. The average goals per game has been 2.17.

The previous league match between these sides was 3rd Liga match day 13 on 29/11/2020 when it finished Duisburg 0-3 Dynamo Dresden.

Duisburg boss Pavel Dochev has to contend with a number of unavailable players. Cem Sabanci (Cruciate Ligament Rupture), Ahmet Engin (Knee Problems), Julian Hettwer (Ankle Injury), Niko Bretschneider (Inguinal Hernia) and Federico Palacios (Torn muscle bundle) are not ready for selection. Wilson Kamavuaka will not be able to play in this game through being suspended.

In our view, Duisburg may well find it hard to register a score against this Dynamo Dresden side who will likely just have the edge.

We’re therefore tipping a very competitive encounter with a 1-0 victory for Dynamo Dresden at the end of this one. 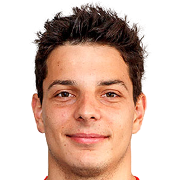 Normally taking to the field in the Striker position, Philipp Hosiner was born in Eisenstadt, Austria. Having made his senior debut playing for SV Sandhausen in the 2009 - 2010 season, the talented Forward has scored 9 league goals in the 3. Liga 2020 - 2021 season to date coming from a total of 28 appearances.

While we have made these predictions for Dynamo Dresden v Duisburg for this match preview with the best of intentions, no profits are guaranteed. Always gamble responsibly, and with what you can afford to lose. Best of luck with your selections.