Verl arrive at Rudolf-Harbig-Stadion on Wednesday for the 3rd Liga tie with hosts Dynamo Dresden.

To see all of our predictions, user poll & stats for Dynamo Dresden v Verl, scroll down - plus the latest betting odds.

Dynamo Dresden, buoyed by their previous result, will be hoping for more of the same after the 0-2 3rd Liga triumph vs Hallescher.

The only scorer from Dynamo Dresden was Patrick Weihrauch (80'). Jonas Nietfeld (14' Own goal) scored for Hallescher.

It has been seldom in recent games that Dynamo Dresden have managed to hold out for a full 90 minutes. It will be a concern for them that Dynamo Dresden have seen their defence breached in 5 of their previous 6 clashes, letting in 10 goals along the way. That aside, we’ll just have to find out whether such a trend might be replicated here in this match.

In their previous fixture, Verl drew 2-2 in the 3rd Liga tie with Mannheim.

Looking at their form, and Verl have been scored against in 5 of their last 6 games, seeing their opponents hit 9 goals overall. At the back, Verl have not been doing too well.

The last league encounter between these sides was 3rd Liga match day 35 on 04/05/2021 and the score finished Verl 0-0 Dynamo Dresden.

It’s pretty clear that Verl could really find it hard to put one past a Dynamo Dresden lineup who have all the attributes to create a lot of chances for themselves and convert these into goals. 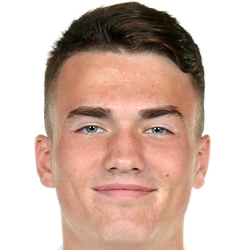 Generally taking to the field in the Striker position, Dennis Borkowski was born in Riesa, Germany. After having played his first senior match for RB Leipzig in the 2019 - 2020 season, the gifted Forward has struck 2 league goals in this 3. Liga 2022 - 2023 campaign to date in a total of 1 appearances.

While we have made these predictions for Dynamo Dresden v Verl for this match preview with the best of intentions, no profits are guaranteed. Always gamble responsibly, and with what you can afford to lose. Good luck if you do place a bet today.