Partick Thistle take on visiting rivals East Fife at The Energy Check Stadium at Firhill in this League One match on Saturday.

Our predictions, user poll and statistics for Partick Thistle v East Fife can be found here - plus the latest match odds.

Partick Thistle head into this game after a 0-0 League Cup drawn game vs Greenock Morton.

Partick Thistle have really been misfiring of late. Their ‘goals for’ figure stands at just 4 vs opposing sides during their last six fixtures. In those games, The Jags have also seen the tally of goals that have gone against them come to 5.

Their past results show that Partick Thistle:

After suffering a loss in their previous game against Inverness C.T. in League Cup competition, East Fife will be hoping to turn things around here.

The stats tell the story, and East Fife have been scored against in 6 of their last 6 matches, letting opponents get 12 goals in all. At the back, The Fife have not been doing too well. That pattern isn’t assured to be carried forward into this match, however.

Their prior results show that East Fife:

A glance at their most recent head to head clashes going back to 05/04/1997 shows that Partick Thistle have won 3 of these and East Fife 2, with the number of drawn matches being 1.

A total of 13 goals were scored between them throughout the course of those matches, with 8 for The Jags and 5 netted by The Fife. The average goals per game has been 2.17.

Partick Thistle manager Ian McCall doesn’t have any fitness worries whatsoever before this clash thanks to a fully healthy group ready to go.

Looking at these two teams, we feel that Partick Thistle will, in all likelihood, stay in control for long periods of time and should be able to convert a few of the chances that they create.

At the other end, East Fife will be up against it to score themselves but we do think it’s quite likely that they will be scoring here as well.

We’re therefore anticipating a pretty comfortable 3-1 margin for Partick Thistle at the end of this one. 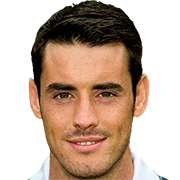 Customarily used in the Striker position, Brian Graham was born in Glasgow, Scotland. Having played his first senior match for Greenock Morton in the 2005 - 2006 season, the talented Forward has hit 2 league goals in the League One 2020 - 2021 campaign so far from a total of 3 appearances.

We have made these Partick Thistle v East Fife predictions for this match preview with the best intentions, but no profits are guaranteed. Please always gamble responsibly, only with money that you can afford to lose. Best of luck with your selections.