The La Liga 2 meeting at The Estadio Municipal de Ipurúa on Saturday sees home side Eibar take on Leganés.

Our Eibar v Leganés tips, poll and stats can be seen in full below including the latest game odds.

Eibar fans will want a repeat of their previous result, being the 0-1 La Liga 2 triumph versus Ponferradina.

Their latest results really do illustrate the point that there has been much resilience in the Eibar rearguard. Eibar have given the opposition little, seeing the number of goals that have flown into the back of their net during their previous six clashes standing at 2.

Previously, Leganés drew 2-2 in the La Liga 2 match with Levante.

The stats don’t lie, and Leganés have been scored against in 5 of their last 6 games, conceding 7 goals overall. At the back, Leganés could really do with shoring things up. With no two games being the same, we will just have to wait and see if such a trend shall persist here in this game.

A look at their previous results shows us that Leganés:

A look at their most recent head to head meetings going back to 26/01/2019 tells us that Eibar have won 2 of these games & Leganés 1, with the tally of drawn matches being 3.

A total of 17 goals were yielded between them in this period, with 9 of them from Armeros and 8 belonging to Leganés. That’s an average goals per game of 2.83.

On the other side, Eibar had 12 shots on goal with 3 on target. Peru Nolaskoain (92') was the scorer.

The Eibar manager Gaizka Garitano doesn’t have any fitness worries to speak of coming into this game thanks to a completely injury-free squad to choose from.

With a fully injury-free squad to choose from, the Leganés boss Imanol Idiákez does not have any fitness worries whatsoever coming into this match.

We think that Leganés could well find it tough to be putting a goal past this Eibar lineup who we think will get the win and a maybe even keep a clean sheet as well.

We’re therefore anticipating a very competitive game with a 1-0 winning margin for Eibar when all is said and done. 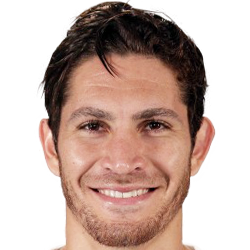 Mostly taking up the Striker position, Gustavo Blanco was born in Las Heras, Argentina. Having made his senior debut playing for Arsenal de Sarandí in the 2010 - 2011 season, the goalscoring Forward has netted 3 league goals in this LaLiga2 2022 - 2023 campaign to date in a total of 18 appearances.

While we have made these predictions for Eibar v Leganés for this match preview with the best of intentions, no profits are guaranteed. Always gamble responsibly, and with what you can afford to lose. Best of luck.