The Serie A game at Stadio San Siro on Monday sees home side Inter Milan go into battle with opponents Empoli.

Our Inter Milan v Empoli tips, poll and stats can be seen in full below (including the best match odds).

Inter Milan will want to continue from where they left off last time out with a 0-3 Supercoppa triumph versus AC Milan.

Inter Milan have been on a persistent run of goalscoring form, netting in each and every one of their last 6 games.

They’ve hit an aggregate of 12 during that time and have conceded a total of 5.

Empoli will go into the game following on from a 1-0 Serie A win over Sampdoria in their most recent fixture.

In that game, Empoli managed 50% possession and 16 shots on goal with 5 on target. The only player to score for Empoli was Tyronne Ebuehi (55'). Sampdoria had 16 attempts at goal with 7 of them on target.

Over the course of 5 of the previous six games featuring Empoli, a relatively low number of goals have been hit between them and opposing sides. The overall average goals scored per game during that spell comes to a meagre 2, with the average goals for Azzurri being 1.17. Nevertheless, we must now wait to see if that pattern shall be maintained in this game or not.

A look at their previous results shows us that Empoli:

An inspection of their past head to head meetings stretching back to 12/02/2017 reveals that these fixtures have not been good ones for Empoli. They have not been able to get themselves any wins at all while Inter Milan have been too good for them, running out winners in 100% of those ties.

In all, 19 goals were yielded between them in these games, with 14 from Nerazzurri and 5 belonging to Azzurri. That’s an average goals per game figure of 3.17.

The last league meeting featuring the two was Serie A match day 36 on 06/05/2022 which finished with the scoreline of Inter Milan 4-2 Empoli.

Empoli got 4 attempts at goal with 2 of them on target. Andrea Pinamonti (5'), Kristjan Asllani (28') and Simone Romagnoli (40' Own goal) scored.

Empoli manager Paolo Zanetti has not got a full squad to pick from. Ardian Ismajli (Unknown Injury), Lorenzo Tonelli (Cruciate Ligament Injury), Alberto Grassi (Unknown Injury) and Mattia Destro (Calf Problems) miss out here. Razvan Marin will not be able to play in this game through being suspended.

Looking at these two teams, we feel that Empoli must be fancied to find the net against this Inter Milan lineup, but it possibly won’t be enough to prevent defeat.

We can see a tight encounter finishing with a 2-1 win for Inter Milan at the end of the 90 minutes. Let’s just see how this one goes. 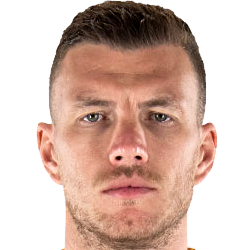 Generally used in the Striker position, Edin Džeko was born in Doboj, Bosnia and Herzegovina. After having played his first senior match for Željezničar Sarajevo in the 2003 - 2004 season, the talented Forward has got 7 league goals in this Serie A 2022 - 2023 season so far in 18 appearances.

We have made these Inter Milan v Empoli predictions for this match preview with the best intentions, but no profits are guaranteed. Please always gamble responsibly, only with money that you can afford to lose. Best of luck.